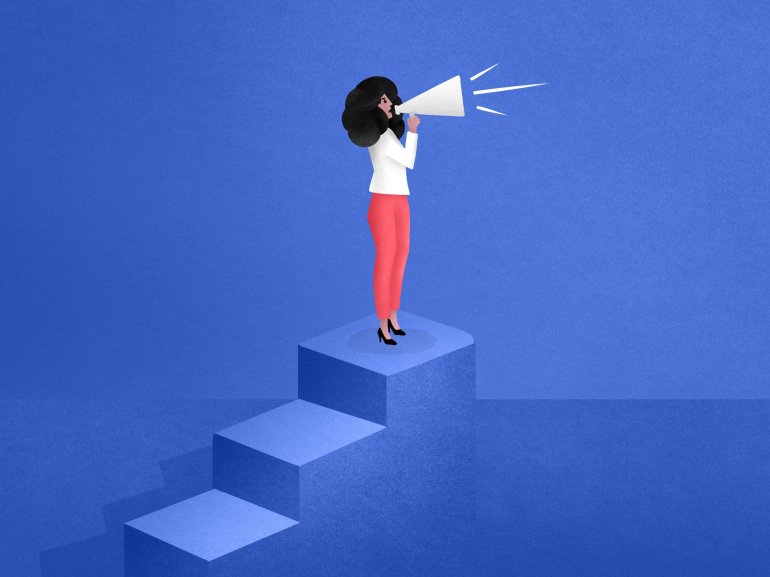 Women this year are driving the discussion about how to change workplaces for the better. But their male coworkers have the power to help, too.

Experts point to bystander intervention as a way to fight sexual harassment. They say it may even be more effective than traditional harassment training, which uses videos and quizzes that research shows are focused on companies trying to avoid legal liability in place of effective prevention.

Supporters of bystander intervention say it targets the norms around harassment and empowers bystanders to step in when they witness bad behavior.

Tim Cojocnean, a legal partner at Dignity Awareness, said witnesses who observe sexual harassment are “now part of the situation.”

“Just like you have the schoolyard bully example: Even though you might not be the one bullying the other person, you’re the person standing there and not saying anything. You’re kind of fostering this culture and encouraging behavior that’s harmful,” said Cojocnean, whose firm offers training about workplace harassment. “Other men, who actually have some dignity, will report you.”

One reason men may be able to help: The stakes just aren’t as high for them as they are for the women experiencing harassment.

One construction worker told CNNMoney that she was harassed at work by a superintendent who tried to pull down her shirt. She spoke on the condition of anonymity for fear of being blacklisted from future jobs.

The woman, 36, said that reporting the incident herself didn’t feel like an option.

“It’s very, very scary because when you’re blacklisted, you’ll never work for a company again,” she said. “You’re pretty much blackballed — it’s my word versus his.”

There are challenges. Some men, for example, may think their women coworkers don’t trust them enough to discuss sexual misconduct.

“I think a lot of times guys just don’t have the skills to validate what’s going on and ensure that this person will be safe and action will be taken,” said Mitch Keil, the owner of Dignity Awareness. His organization offers a session that teaches coworkers how to listen when a colleague shares an experience of sexual harassment.

“I think things can escalate if there’s not that safe listening, validating environment to go to — and as people get those skills, they can start creating that environment,” Keil said.

Consider chef and TV personality Anthony Bourdain. He said earlier this month that he was “ashamed” after the food news website Eater published an investigation about sexual misconduct allegations against his peer, Mario Batali.

“I will not waste anybody’s time with expressions of shock, surprise, or personal upset, beyond saying that I am ashamed that I was clearly not the kind of person that women friends who knew  —  and had stories to tell  —  felt comfortable confiding in,” Bourdain wrote. (His show, “Parts Unknown,” airs on CNN.)

Research has shown that intervention training has merit. A recent five-year study funded by the Centers for Disease Control and Prevention found that Green Dot, a type of this training, effectively cracked down on interpersonal violence in Kentucky-area high schools.

Green Dot is also used by the U.S. Air Force, and it’s being adapted by a large construction company in Oregon.

Bystanders may never be able to shut down all types of harassment. But victims of that abuse say that even a small comment — for example, “That’s not OK” — can change the situation.

Wendy Bohon told CNNMoney that as a first-year PhD student, she was once disparaged by a school’s dean at a geology conference. She said he made a snide comment about her breasts.

Bohon said her male friends advised her to let it go, and told her she was “overreacting.”

But at the end of the year, a young man approached Bohon at another conference to say he witnessed the insult — and remembered it, too.

“He said, ‘I was there when he said that to you and I’m so sorry that I didn’t speak up for you,'” Bohon said. “That was really validating to me. I wasn’t overreacting. It was meant to be humiliating. It was absolutely dismissive, and it wasn’t just me who recognized that.”