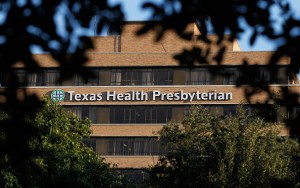 DALLAS — The Ebola frontline is creating a war of words. We’ve now learned two Dallas nurses, Nina Pham and Amber Vinson, tested positive for the deadly virus after caring for Thomas Eric Duncan who died exactly a week ago.

The million dollar question everyone is asking: how did they get infected?

“These two healthcare workers both worked on the days of September 28, 29, 30 and had extensive contact with the patient when the patient had extensive production of body fluids because of vomiting and diarrhea,” said CDC Director Dr. Thomas Frieden.

Earlier this week, CDC officials said there was a breach in protocol during Duncan’s initial treatment.

On Wednesday, the group held a conference call addressing the concerns of nurses nationwide. Nurses at Dallas Presbyterian claim there were no protocols in place before the first Ebola patient entered the hospital.

The union says nurses are frustrated and confused. In a statement, they were told that it was hours before Duncan was put into isolation. Nurses at Presbyterian were allowed to treat other patients while they cared for Duncan. They also claim the protective gear worn by staff did not provide adequate coverage.

Nurses claimed the gear left parts of their necks, faces and mouths exposed.

National Nurses United is now calling on hospitals to provide protective gear and more training for those who are putting their lives on the line. It now has the backing of twitter with folks using #supportthescrubs

Texas Health Presbyterian isn’t taking this situation lightly, stating “patient and employee safety is our greatest priority. We have numerous measures in place to provide a safe working environment, including mandatory annual training and a 24-7 hotline.”

That is proving to be especially true for a Pamlico County man.

(CNN NEWSOURCE) — A Michigan woman has marked her 103rd birthday by getting inked.

After spending months in isolation during a coronavirus lockdown at her nursing home, Dorothy Pollack, who celebrated her birthday in June, decided to check off some bucket list items.

Putin says Russia has coronavirus vaccine, claims one of his daughters was inoculated

How to get an extra hour in the day