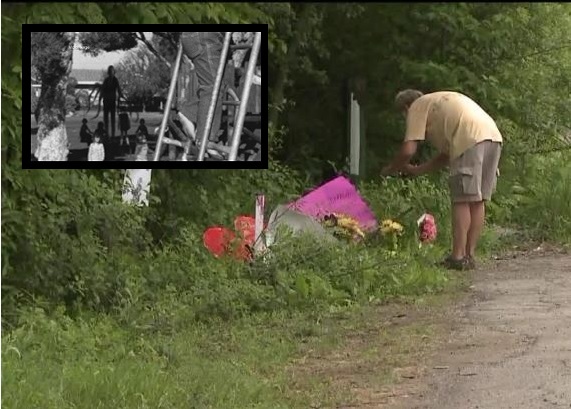 Two girls accused of stabbing a friend to impress the fictional Internet bogeyman Slenderman have been found competent to stand trial.

Morgan Geyser and Anissa Weier have been charged with attempted murder after authorities say they stabbed their classmate 19 times in May. All three were 12 at the time.

The suspects allegedly left the victim to crawl to her own rescue. She was taken to a hospital after a passing bicyclist found her.

According to a criminal complaint, the suspects were arrested hours after the victim was discovered.

The girls were allegedly trying to please Slenderman, a horror story meme the girls had encountered on a website known as Creepypasta Wiki.

One of the suspects is said to have told police that Slenderman is the site’s supposed leader, and to climb into his realm, a user must kill someone.

Geyser and Weier are being charged as adults. A preliminary hearing is set for February 18.