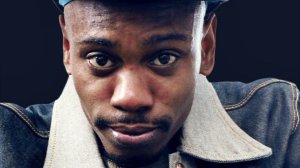 Looks like funny guy Dave Chappelle might not be the stand-up comic fans in Detroit paid to see last Thursday night.

Sure, the comedic genius has taken some time off from the Hollywood scene as of late, but he’s recently returned to the stage! Now, folks feel the joke’s on them. Some fans from one of his recent showings say they were pretty disappointed after they left the ‘Half-Baked’ star’s set.

One review on Ticket Master gave Chappelle one star and 3 “wack’s”. They also noted the show was short and his jokes were weak!

Okay, okay… Maybe it was just a tough crowd that night. But according to a  video from TMZ  the only thing funny about his act was his behavior.

Needless to say, fans are roasting the comic on social media and some are demanding a full refund.

But some  Chappelle loyalists stand-by his stand-up. Hey, maybe they like the naturally funny Dave.

Drunk @DaveChappelle was f'n hilarious! Did he have material… no…did he make me laugh, hell yeah! #davechappelle #Detroit #fillmore

#davechappelle "stand up" last night was awesome. No material. Just 2.5 hours of him fucking with the crowd and drinking.

Either way, here’s hoping his future shows deliver the punch-lines because there’s nothing worse than a comic becoming the butt of everyone’s joke… and that could really be the end of the Chappelle show!