LOS ANGELES -- They say you shouldn't judge a book by its cover, but it looks like Cosmopolitan has gotten itself in another bind. The fashion magazine revealed its cover for its special 50th birthday edition -- starring the Kardashians front and center.

But the buzz isn't about who's gracing the November issue. It's what Cosmo is calling the reality stars -- "America's First Family."

We can all agree that the Kardashian Klan has made a name for themselves, but "America's First Family" isn't one of them.

Some folks are taking to Twitter, calling Cosmo disrespectful and offensive to the real first family.

@Cosmopolitan You have got to be kidding, Cosmo! Shame on you. So disrespectful.

@Cosmopolitan That is so offensive. The Kardashians are NOT America's first family. I'm glad I don't read your magazine. #Rude #Offensive

A photoshopped cover of the Obama First Family replacing the Kardashians is also making the rounds.

@Cosmopolitan I fixed your cover for you! No need to thank me. #AmericasFirstFamily #FixedIt pic.twitter.com/ANduFEAeYQ 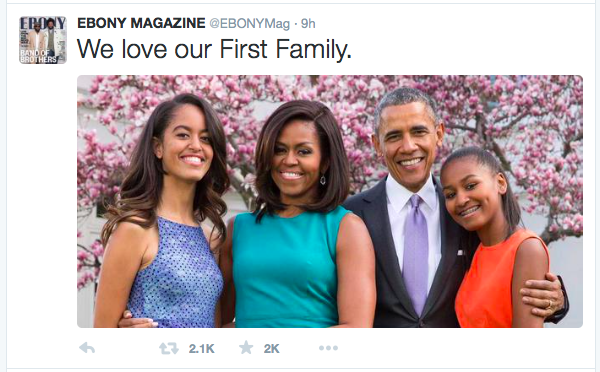 But are people reading too much into the issue?

First Family could mean First Family of Entertainment, reality TV... or of "other" things.

Guess we won't know the full story until the magazine hits the racks October 13th.

So far, Cosmo hasn't responded to the online backlash. But this probably isn't how they pictured bringing in the big 5-0.