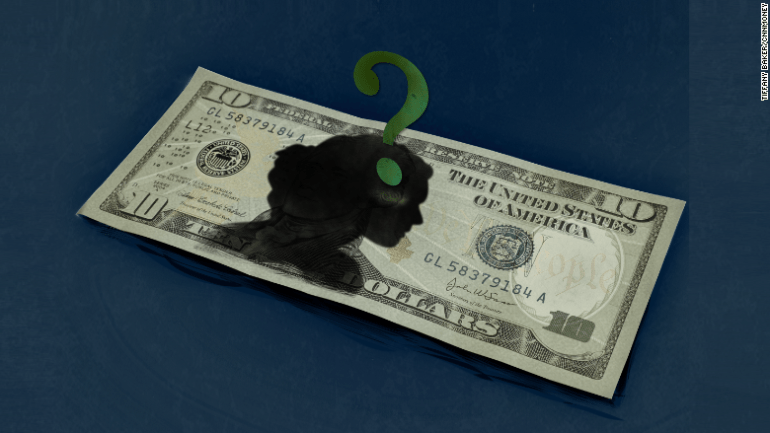 WASHINGTON, DC — Move over Alexander Hamilton, you’re getting company on the $10 bill… and it’s a woman!

On Wednesday, U.S. Treasury Secretary Jack Lew said a woman will be featured on a redesigned $10 bill in 2020 — the 100th anniversary of the Constitution’s 19th Amendment, which gave women the right to vote.

A decision on who the woman will be won’t be made for several months.

“We have only made changes to the faces on our currency a few times since bills were first put into circulation, and I’m proud that the new 10 will be the first bill in more than a century to feature the portrait of a woman,” Lew said.

The decision comes just months after an unofficial poll voted to get “Tub on the Dub,” as in Harriet Tubman on the $20 bill.

Lew, who will make the final decision on who will grace the currency, is asking the public for help.

The department will launch a website, and is asking for input over social media with the hashtag #TheNew10.

‘I just reacted’: Colorado man fights off mountain lion to save dog