ESPN has had issues with some of their talent and their social media use. 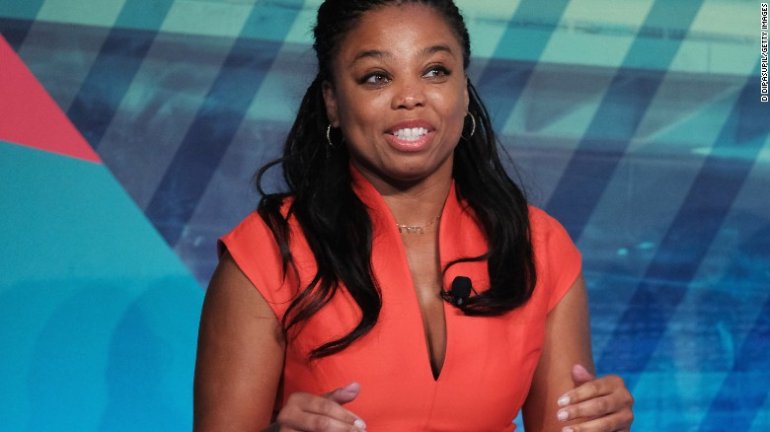 The nail in the coffin, when the anchor tweeted that fans should boycott advertisers who support the cowboys following comments made by Jerry Jones about anthem protests.

In the wake of that controversy and others, ESPN has updated their social media policy.

One of those changes prohibits employees from breaking news on social media platforms.

The new rule says that breaking news must first be reported on an ESPN platform, then can, and should, be distributed on social platforms.

(WIVB)-- Victor Neilson is a huge Buffalo Bills fan and for the last 5 months had undergone intense chemotherapy for non-hodgkin's lymphoma. On January 21 he got to ring the bell signifying the end of his treatment but did it with a Bills Mafia twist.

Neilson was diagnosed with cancer in August 2020 and shortly after began chemotherapy. In a post on Twitter, he made his announcement with a video.

AUSTIN (KXAN) — Hundreds showed up to participate in the 2021 Texas Rally for Life caravan on Saturday, to protest the legality of abortion in the United States.

Some Central Texans joined the line of drivers going around the Texas State Capitol, honking their horns and displaying signs on their vehicles. Others gathered in front of Capitol grounds with signs that read "Abolish Abortion" and "We are the pro-life generation."

SULLIVAN, Mo. (KTVI) – A third-grade girl from Missouri has been swamped by phone calls from people in Arizona wanting the COVID-19 vaccine.

Eight-year-old Sophia Garcia and her family moved from Arizona to Sullivan several years ago. She got a hand-me-down iPhone that still has the Arizona number.

MRI researcher may have accidentally discovered how gas planets are magnetic

Majority of U.S. Catholics say abortion should be legal in most cases, survey shows

Is there life after death? Businessman offers nearly $1 million to find out

Message in a bottle discovered decades after it floated away

33 missing children, including some who were sexually exploited, found in California operation: FBI

How much do tickets to Super Bowl LV in Tampa cost right now?

MRI researcher may have accidentally discovered how gas planets are magnetic

Majority of U.S. Catholics say abortion should be legal in most cases, survey shows