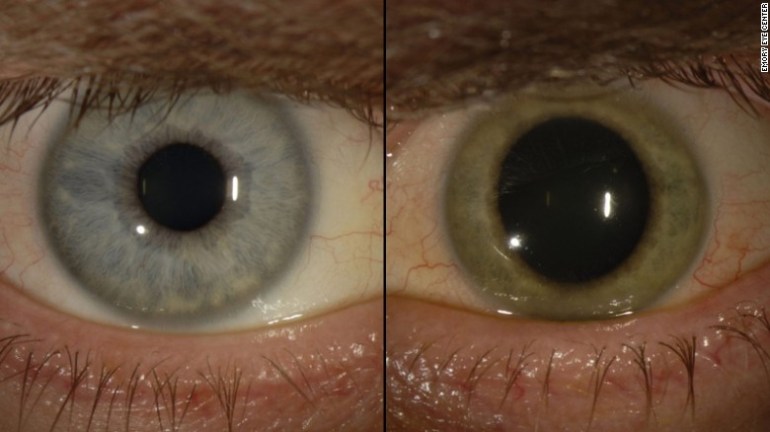 ATLANTA – American doctor Ian Crozier was treated for Ebola in Atlanta last year and declared free of the virus in his blood. But he had no way of knowing it still lurked in his eye.

About two months after being released from the hospital,he experienced a piercing pain in his left eye, he told The New York Times. The pressure in his eye elevated while his vision decreased.

After repeated tests, doctors discovered the virus was still living in his eye.

“It felt almost personal that the virus could be in my eye without me knowing it,” he told the paper.

His case has left doctors stunned and highlighted the need for eye checkups for Ebola survivors.

Crozier, 44, was hospitalized at Emory University Hospital for more than a month in September after contracting the disease in Sierra Leone, where he worked at a hospital.

At the time, the hospital said he was the sickest of all the four Ebola patients treated there.

Crozier was discharged in October, and about two months later, he developed eye problems and returned to Emory. Doctors stuck a needle in his eye and removed some fluid, which tested positive for the virus.

“Following recovery from Ebola virus disease, patients should be followed for the developmentof eye symptoms including pain, redness, light sensitivity and blurred vision, which may be signs of uveitis,” said Steven Yeh, associate professor of ophthalmology at Emory University School of Medicine.

Uveitis is an inflammation of the eye’s middle layer. Ebola is also known to live in semen months after it’s gone from the blood.

No risk of spreading the virus

Despite the presence of the virus in the eye, samples from tears and the outer eye membrane tested negative, which means the patient was not at risk of spreading the disease during casual contact, Emory said in a statement Thursday.

It did not name the patient, but The New York Times did. The New England Journal of Medicine also released a study on the case.

Though the patient was not at risk of spreading the virus, all health care providers treating survivors, including eye doctors, must follow Ebola safety protocols, said Jay Varkey, assistant professor at Emory University School of Medicine.

When the virus was found in Crozier’s eye, the eye started losing its original blue hue, he told the paper.

Bewildered, doctors tried different forms of treatment as he relived his Ebola nightmare.

They gave him a steroid shot above his eyeball and had him take an experimental antiviral pillthat required special approval from the Food and Drug Administration, the Times reported.

His eye gradually returned to normal, but it’s unclear whether it was as a result of the steroid shot, pill or his body’s immune system.

While Ebola survivors in West Africa have reported eye problems, it’s unclear how prevalent the condition is and how often it happens.

“These findings have implications for the thousands of Ebola virus disease survivors in West Africa and also for health care providers who have been evacuated to their home countries for ongoing care,” Varkey said. “Surveillance for the development of eye disease in the post-Ebola period is needed.”

The Asian Giant Hornet: What you need to know.