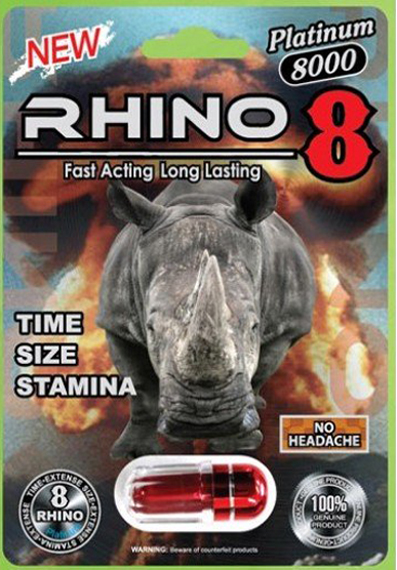 DALLAS — Take a look at this new pill which has hit the market. You can pick it up at almost any convenience store.

A sultry product description on Amazon goes all out to convince customers it`s the real deal, promising “fast-acting” and “long-lasting” sexual gratification for men.

The manufacturer goes on to claim the sex pill will give you “power, performance, time, size and stamina.”

“That’s all they do is change the name because they know they can beat federal law enforcement,” Attorney Robert Tauler, whose California-based firm specializes in false advertisement, told reporters.

Before you get sucked in, however, authorities are warning the public to, flat out, pull out.

The latest warning issued by the Food and Drug Administration last month advises the public not to purchase the pill, or any of its kind. It contains the active ingredient sildenafil, found in Viagra, which is used to treat erectile dysfunction. That very important information is undeclared by the Rhino manufacturers.

The pill, when taken with certain prescription drugs, can be life-threatening, especially for people with diabetes, high blood pressure, high cholesterol and heart disease.

That’s the groundwork for a lawsuit filed in June against dozens of convenience stories in Dallas, Houston, and other cities.

NewFix obtained a copy of the court documents from Tauler. It lists Outlaw Laboratory as the plaintiff,  a manufacturer, distributor and retailer of sexual enhancement products. Outlaw claims that unlike Rhino, its products are all natural and do not have any hidden drugs or ingredients.

COLUMBUS, Ga. (WRBL) - Russian Cyber attacks on the Colonial Pipeline have sent car owners into a frenzy looking for gas as prices rise and the shortage continues. However, one small group of car owners can’t relate to the challenges gas car owners are facing.

Tesla Electric car owner, Bridgette Spice says she didn't always think an electric car was better, but after seeing the lines caused by the shortage, she said she will not be going back to owning a gas car.