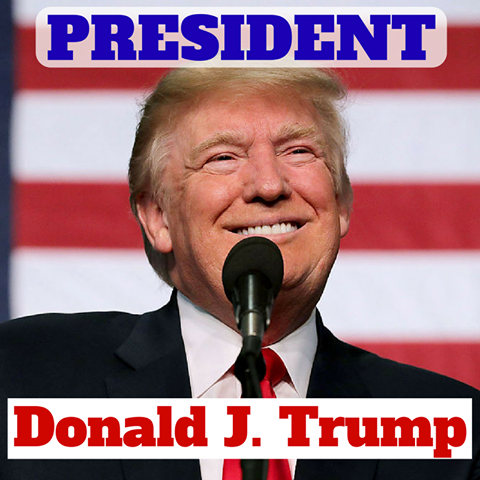 NEW YORK – The Donald is elected The President.

Donald Trump will become the 45th president of the United States after a stunning victory over Hillary Clinton, CNN projected early Wednesday morning.

The victories were stunning for a candidate long seen as unlikely to win the presidency. Hillary Clinton’s campaign was confident it was competitive in places like Florida and North Carolina, and even sought to expand the map with recent visits to traditionally Republican states such as Arizona.

An election season that has defied expectations from the very beginning stayed true to form to the very end.

The Ohio victory was especially important for Trump, as no Republican has won the White House without taking the Buckeye State. North Carolina was a serious blow to Clinton, who fought hard for the state and held the final rally of her campaign there in the early hours of Tuesday morning.

This team has so much to be proud of. Whatever happens tonight, thank you for everything. pic.twitter.com/x13iWOzILL

Clinton pulled out desperately needed wins in Virginia, Nevada and Colorado. Still, she faced a much stronger than expected challenge from Trump in Michigan and Wisconsin. Those Midwestern states formed the bedrock of her Democratic firewall.

Both candidates argued the election presented an unusually significant choice for a divided nation. Democrats warned that Trump, with his rhetoric on race, gender and immigration, would represent a rejection of core American values. Trump insisted his campaign represents America’s last chance to drive out a corrupt political establishment that has turned its back on hard-working Americans.

New York is the center of the political universe this Election Day. This is the first campaign since 1944 in which both candidates are from the Empire State. And their election night parties are being held a mile and a half apart in Manhattan.