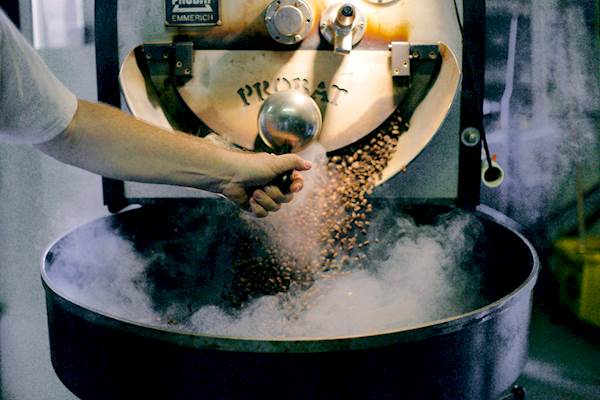 Coffee’s origins in the United States drift back to a time when cowboys on the range dropped coffee beans into a pot of water and steeped them until they created a powerful, terrible-tasting caffeine concoction. These were the early days, before the first coffee movement, or first wave for those of you in the know, when coffee was strictly for caffeine purposes, and no one cared about the taste. Soon after came the second wave, then the third, and rumors of a fourth.

For many, the idea of there being a coffee movement is a foreign concept, and they are fine with being part of the first or second wave, but for others, using their taste buds to define savory aromas and flavors is an activity worthy of only third or fourth wave excellence.

The question remains, though: which wave do you identify with?

The First Wave: The Best Part of Waking Up

In the late 1800s, the first wave changed America’s idea of caffeine and convenience with the introduction of tins of coffee in corner grocers and stores.

The first wave was the age of Pioneer Steam Coffee and Spice Mills, which would come to be known as Folgers, and nearly a hundred years later, Nescafe, a production of Nestle. This century-long time period was a slow awakening for consumers who understood that they deserved flavor and a smooth taste for their money, but did not understand the parameters of coffee consumption.

The coffee of two hundred years ago is still available in grocery stores, such as Kroger, Albertson’s, and Minyards, mostly packaged in plastic now, but still in the shape of its old tins, and able to be purchased everywhere. Like coffee mugs, the necessity of an affordable option for coffee, and the want of caffeine, will never completely go out of style.

The Second Wave: Sugar and Cream

The second wave was, and remains, a huge leap in the coffee movement. No longer was the average consumer subjected to whatever burnt coffee the local restaurant or fast food spot offered nor were they required to make their own coffee at home.

Suddenly, the late 1960s and 70s produced Peet’s Coffee and Starbucks. These two coffee spots revolutionized coffee, making it not just about a wake up jolt of caffeine, but about the flavors that could be added, the creams that could be chosen, and the mixtures that could be created from the two.

Overnight, coffee became a booming industry that demanded flavor and sweetness within each cup. Espressos became common, lattes were no longer foreign, and Frappuccino’s were a frozen ambrosia creation. Second wave coffee continues to be available around the city of Dallas at coffee shops such as Peet’s Coffee & Tea, Starbucks, and cozy locations such as the Crooked Tree.

Join us tomorrow in Denton for a free coffee tasting. 11:00 to 11:30a. Don't forget to impress your family with a bag of Cultivar on Thanksgiving.

The third wave is all about the complexity of coffee itself; flavor and taste are more important than the additives, such as sugar and cream, that mask the savory blends or the caffeine content that each cup has. Instead, much like the artisans and connoisseurs of wine and alcohol, coffee now has its own java experts, and has become an industry that is catapulting into the same atmospheres of the aforementioned beverages.

How coffee is farmed, made, and even served has become more and more sophisticated as the third wave has gained momentum. However, the core of the movement has remained the same and continues to ask the same questions: How does this coffee taste? What is the flavor? Does this blend taste better if created with this method or this one? Just as the coffee connoisseurs have become more complex, so have the locations to acquire them.

In Dallas, Cultivar on Peavy Street boasts themselves as, a “micro-roaster and coffee bar,” Ascension in the Design District is labelled as “craft coffee, wine, and food,” and Stupid Good Coffee on Pacific Avenue is recommended by “third wave” coffee drinkers.

The Fourth Wave: Does it Exist?

The fourth wave, at this time, is much like the mythological centuries old bottle of wine that is found in a tomb, perfectly aged, and unopened. Surely, somewhere, it exists, but every time it is rumored to be found, it is a hoax. At this time, fourth wave coffee is slapped on multiple labels, from specialty farms who want first dibs on the title, all the way to at-home coffee makers such as the Slayer.

Baristas and connoisseurs, alike, want to be the first to have fourth wave coffee, but as of now, no fourth wave has been confirmed.