DALLAS- A memorial grows outside the fourth floor apartment of 26-year-old Botham Jean at the South Side Flats apartment complex in Dallas. 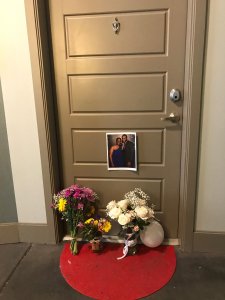 He was shot and killed Thursday night after Amber Guyger, a Dallas police officer mistook Jean’s apartment for her own.

Police say she had worked a 12 hour shift and took the wrong floor to get to her apartment.

In recently release footage from the night of the shooting you can see Guyger pacing back and forth and paramedics perform CPR as they transport Jean to the hospital.

Outrage has grown in the Dallas community after an initial warrant for manslaughter was filed, only to be postponed by the Texas Rangers who are now heading the investigation.

Dallas police also confirmed that Guyger was also involved in a shooting of another man in 2017. Although it appears that the four year veteran was on-duty at the time of that incident and was not charged in that case.

Jean, a native of Saint Lucia was a strong leader at the Dallas West Church of Christ and worked as an analyst at PricewaterhouseCooper. 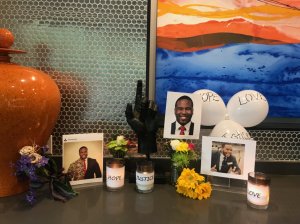 He attended Harding University where school officials said he frequently led events and church services, and he loved to sing.

A vigil is being organized by Next Generation Action Network on Monday outside the Dallas Police Department.