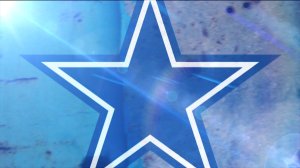 NEW ORLEANS, LA — Okay, Cowboys Nation, it’s time to saddle-up: the boys are in NOLA looking for a victory in the Big Easy.

The Cowboys hope to hold on to their early NFC East lead as they take on the 0-3 Saints.

Dem Boyz had a rough go last week against Atlanta. A strong and promising first half quickly turned to disappointment, as the Falcons flew away with the win and left the squad with its first loss of the season.

“We got off to a good start, it was just the way the game was going; we got behind the chains,” Cowboys running back Joseph Randle told NewsFix.

“But, I think we’ve got something to build off of. We got a new quarterback in there, I think he’ll gel with the offense a little better.”

“I think when you play that position, a lot of confidence come with having a week of practice, preparing again and getting back in there,” tight end Jason Witten said about Brandon Weeden’s progress. “We expect him to be even better and keep leading this offense.”

Backup QB Brandon Weeden will once again take the lead for a Romo-less offense. Drew Brees is suiting-up Sunday night, coming off a bruised rotator cuff that sidelined him last week against Carolina.

The boys may be down Romo and Dez, but they’re not out. Remember, last year, Dallas handily beat New Orleans 38-17. Here’s hoping history repeats itself tonight.

“It comes down to execution – we got to be able to run the football, it’s our identity and everything else comes off of that,” Witten said.