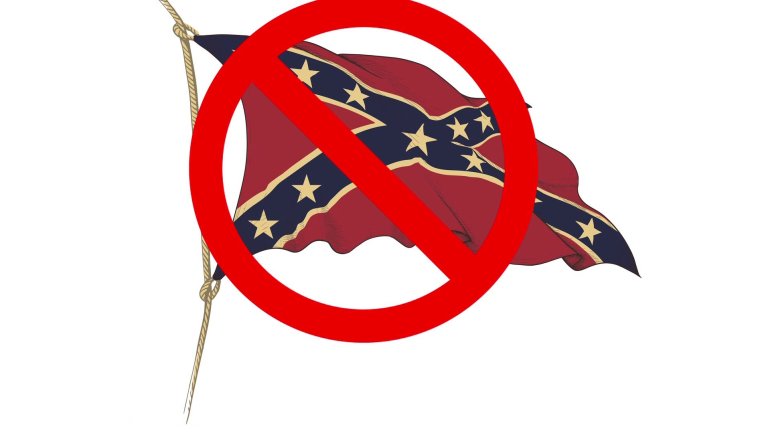 And there’s even a push to remove the Confederate emblem from the Mississippi State Flag.

But it’s still out there… on eBay? Wait, didn’t they say Tuesday that flags were off the site? Well, a quick search now turns up rebel flag caps and patches.

And there’s more here to offend, like a lot of Nazi stuff. How about a stamp from 1944 marking Hitler’s birthday. It’s yours for just $3.99.

Or a silver coin from the Third Reich, complete with the swastika. There’s KKK memorabilia, too. Who’d want their postcard?

We reached out to eBay. Turns out most of this stuff is banned.

In their statement, they said when such things turn up on the site, “We’ll engage with appropriate stakeholders (customers and third parties) in order to inform the enforcement of our policies.”

Here’s where it could get interesting: eBay and others have banned the flag because it offended people. Well, Nazi and KKK stuff does as well. And so do lots of other things.

So, where is the “offensive line” gonna eventually stop? Because, if eBay is gonna ban all the offensive stuff, shouldn’t they get rid of Miley Cyrus t-shirts, too?