“The indications are that it’s most likely her, however, we have not had a positive ID,” Sgt. Kevin Perlich said.

The body was discovered Sunday morning near East Spring Valley and Bowser Road, not far from the girl’s home. In fact, it’s a straight line walk down the train tracks, less than half a mile away. 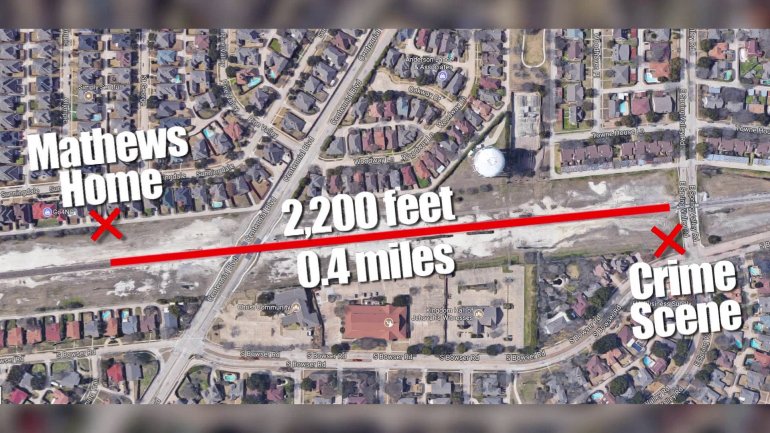 “It was in a culvert beneath the road that we found the body,” explained Sgt. Kevin Perlich.

How could she have been there that whole time? A neighbor has one theory.

“Usually they don’t come as often to cut the grass. It’s long, and there’s a bunch of trees around here,” Payam Ighani told NewsFix. “They have those PVC pipes that go under the road.”

Sherin disappeared two weeks ago when her adoptive dad says he put her outside at three in the morning as punishment for not drinking her milk. That confession landed Wesley Mathews in jail on child endangerment charges. He’s currently out on bond and no one else has been arrested, so far.

As police await a positive ID, the questions are already being asked — If it’s Sherin and if she was truly this close to home, is it possible she really just wandered away? Or was it something more sinister?

All we can do is wait while knowing a young child lost her life.

YONKERS, N.Y. (NewsNation Now) — Police and bystanders freed a baby stuck under a vehicle in Yonkers, New York Friday after an allegedly intoxicated driver drove through a barbershop and trapped the infant.

Video released by the Yonkers Police Department showed the incident, where the driver hit a parked car, then struck a woman carrying her child and drove straight into the barbershop with the woman on the hood of the car.

LOS ANGELES (AP) — Britney Spears’ new attorney petitioned Monday to oust her father from the conservatorship that has controlled her life and money for 13 years and replace him with a professional accountant.

Matthew Rosengart said in documents filed in Los Angeles Superior court that the current legal arrangement “has grown increasingly toxic and is simply no longer tenable.”

WICHITA FALLS (KFDX/KJTL) — The Olympics are in full swing and some of your favorites are already in the thick of it.

There's excitement for the events we all know and love from track to swimming and gymnastics, to those new favorites like skateboarding and surfing.

‘Hate the sin, love the sinner,’ Family remembers woman whose relationship with man ended in murder

Crowd stones Texas gunman to death after he kills 1, wounds 3

Texans in the Olympics: How and where to watch Tuesday’s events

Who will be the next chief of Austin Police Department?

Social media not as toxic as we think: Most posts ‘support’ causes rather than ‘oppose’ them, study finds

Fireball? Here’s what you might have seen flash across the Central Texas sky

Partly Cloudy Precip: 22%
Close
You have been added to Daily News Newsletter