Skip to content
Live Now
Live Now
Coronavirus – Facts Not Fear live stream
This is an archived article and the information in the article may be outdated. Please look at the time stamp on the story to see when it was last updated. 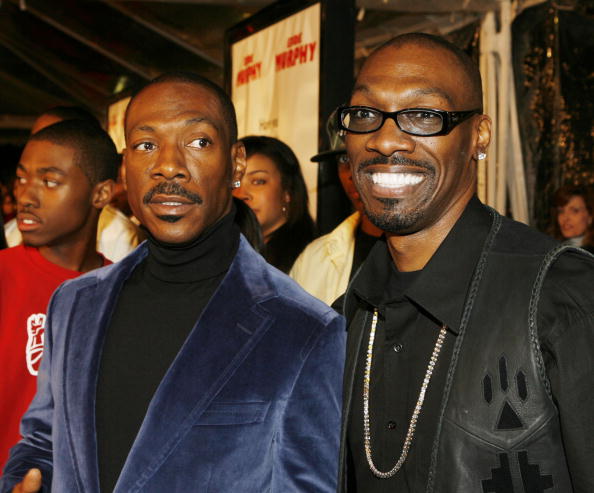 NEW YORK, NY — Eddie Murphy is heartbroken and says his family will never be the same after the death of his older brother, fellow comedian Charlie Murphy.

“Our hearts are heavy with loss today of our son, brother, father, uncle and friend Charlie. Charlie filled our family with love and laughter, and there won’t be a day that goes by that his presence will not be missed,” Eddie Murphy said in a statement.

Charlie Murphy passed away Wednesday in a New York City hospital after losing his battle with leukemia. According to TMZ, he was undergoing chemotherapy.

Hours before his death, he sent this final tweet that’s leaving fans teary-eyed:

One to Sleep On: Release the past to rest as deeply as possible.

Charlie Murphy was best known for his “True Hollywood Stories” on “Chappelle’s Show” where he hilariously partied with Rick James and Prince.

He also starred in several big hits including “Harlem Nights,” “Mo’ Better Blues,” “Roll Bounce,” and “Meet the Blacks.” At the time of his death, he was on a comedy tour with Cedric the Entertainer, D.L. Hughley, Eddie Griffin and George Lopez.

Hollywood is in shock and sending condolences:

We just lost one of the funniest most real brothers of all time . Charlie Murphy RIP. pic.twitter.com/AAwItp5AJC

Wow….This is crazy. All I can say is RIP. Thank you for not only being a friend but for believing in me when I was young in this comedy game. Charlie Murphy did the rewrite for the first movie that I ever did called "Paper Soldiers"….His stories were legendary & unbelievable & heartfelt. I'm lucky to have know you and I'm even luckier to be able to say that I was a friend. You will be missed man. #RIPCharlieMurphy

#RIP to my man #CharlieMurphy we will ride for you bro.. 1 ❤️ pic.twitter.com/BSOk9nNsHO

After every gig, he rushed home to be with his kids. He died with gigs on the books. #RIP #mybrotha #charliemurphy #CGD pic.twitter.com/JIV1U2Y98W