A California community is recovering on Wednesday after a gunman went on a shooting rampage killing at least five people and injuring 10 others.

Police say they believe the suspect’s wife was his first victim.

“We located her dead body concealed under the floor of the residence last night,” Tehama County Assistant Sheriff Phil Johnson said. “We believe that’s what started this whole event.”

“He had this tendency to fly off of these uncontrollable rages  and it just could’ve been anything in that situation,” she said.

Cops say Kevin Neal drove around Rancho Tehama in a stolen truck on Tuesday,  randomly shooting at people and into houses.

“I thought hammering,” one resident said. “I thought someone was putting up Christmas decorations, there was a lot of gunfire.”

The gunman tried to get into an elementary school but it was on lockdown. He opened fire anyway.

“Our teacher told us to go under our desk and to keep calm and lay flat just in case like he comes inside,” fourth grader Arianna Ybaraa said.

They found a semi automatic rifle and two handguns  at the scene.

President Donald Trump went on Twitter hours later to send his condolences, but he referenced the wrong mass shooting. 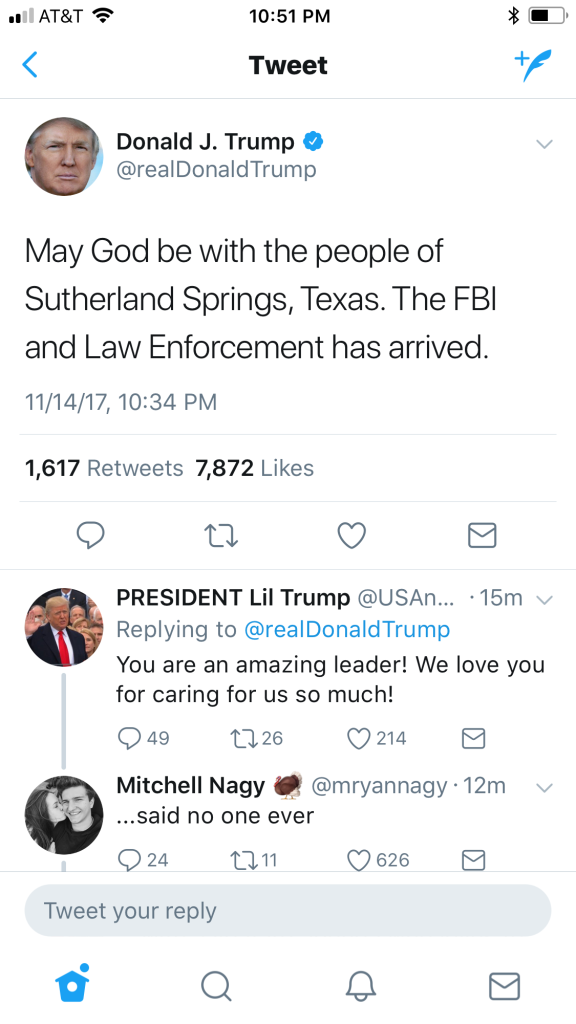 Did u just copy & paste this & forget to change the city?

This tweet was sent 2 hours ago.
The shooting in Sutherland Springs happened on November 5th, which was 9 days ago.

I hope the FBI and law enforcement didn’t take that long to arrive. https://t.co/8bYtCg0iuO

Here’s how you protect yourself from catalytic converter …

You can now catch select Allen Americans on CW33

Make your own mouth-watering ice cream sandwich at …

From discounts to ticket prices to parking: here’s …

What does it take to solve a Rubik’s cube in space? …

Meet the Dallas-area cast of Netflix’s Love Is Blind

Texas beach named one of the best beaches in the …

Report: Did you know you can eat the best pizza in …