Who says a little pre-game trolling is a bad idea before a big game?

Well, Arkansas Razorbacks coach, Bret Bielema, might’ve left some UT fans a little butt-hurt when he did this … 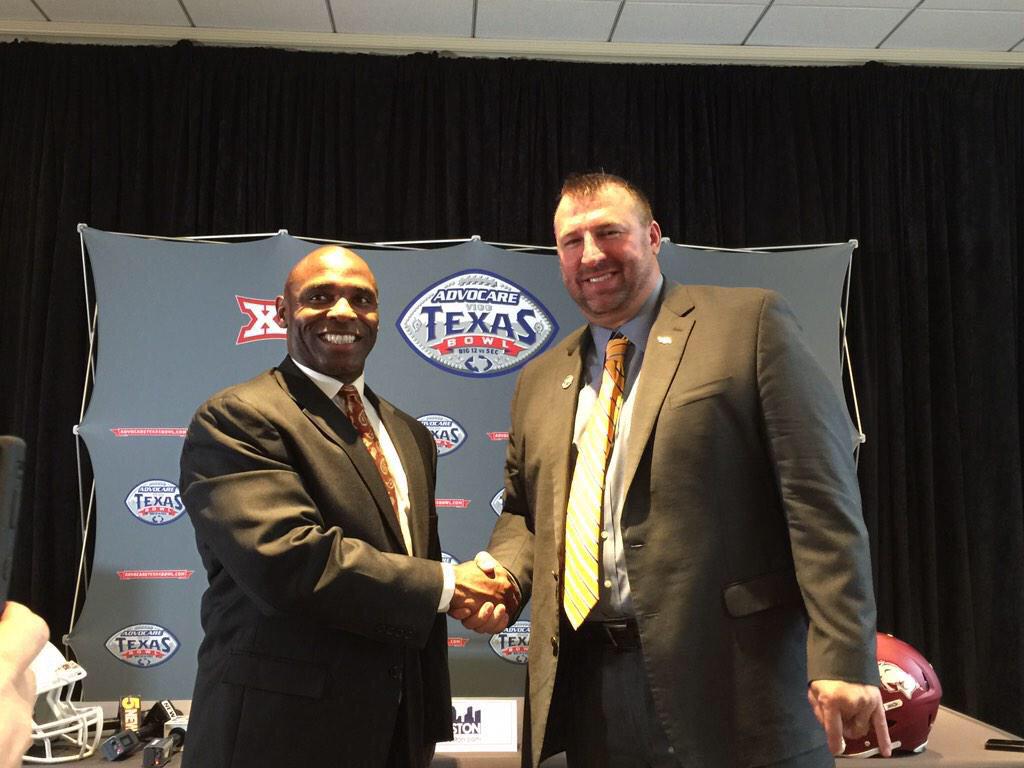 If you zoom in a little closer it looks like Bielema was giving the UT fans a very low-key "horns down."  You know, the ultimate diss to "horns up."

The only thing missing from this picture is a few angry fans, but of course, there's Twitter for that.

#Hornsup and #hornsdown were going head-to-head soon after the pic hit the web.

There are even a few debates if Bielema actually did it on purpose.

Either way, there's already been enough Twitter trash talking before these two teams go head-to-head at the Texas Bowl on Monday.

Tales From the Speakeasy: Who Is the Dallas Crime Family?