COLLIN COUNTY, Texas --  The saying, "Ask and you shall receive" is not the case for Enrique Arochi. A Collin County judge refused a motion to reduce his $1 million bond Thursday following a day of damning testimony.

"It's sickening. It's the hardest thing I've had to do in my entire life," Christina Morris' mother, Jonni McElroy said. "He has caused the most horrendous pain I've been through in my entire life. I mean enough is enough, seriously."

Arochi is charged with kidnapping Morris from the Shops at Legacy in Plano over Labor Day weekend. He's the last person seen with her after a night of partying with friends.

Evidence against Arochi piled up as the prosecutor put Plano detectives on the stand. When one detective was asked if he believed Arochi kidnapped Christina Morris, he replied, "Absolutely."

Arochi's interrogation videos were also played in court. In them, he admits he smoked pot and had 10 shots of alcohol that day, telling detectives, "I was really trashed."

Cops say he told conflicting stories about how he got bruises and scratches on his hands and arms and say he denied walking Morris to the garage until he was shown the surveillance video.

Detectives testified Arochi stopped cooperating after they got security cam video that shows him cleaning the trunk of his car just hours after he was seen with Morris.

Weeks later, Plano PD got the results of DNA tests taken from Arochi's Chevy Camaro. The prosecutor says Morris' DNA was found in the trunk.

From the beginning, he told cops Morris never got in his car. He told NewsFix the same thing during an interview back in October before his arrest. 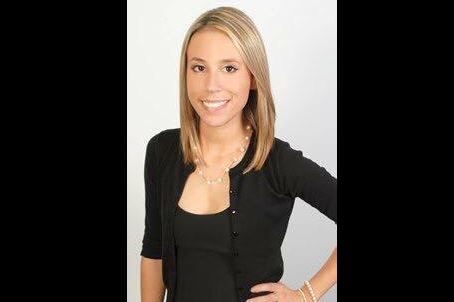 If you know anything about Christina Morris’ disappearance, call Plano PD at 972-941-2148

ALLENTOWN, Pa. -- Video showing a Pennsylvania police officer with his knee on a man’s neck while trying to restrain him has prompted protests and demands to suspend the officers involved.

The video shot Saturday night from a passerby’s vehicle shows Allentown officers restraining a man on the ground outside of St. Luke’s Sacred Heart Hospital.

SAN ANTONIO, Texas -- A Texas doctor says a 30-year-old patient who thought the coronavirus was a hoax has died after attending a "COVID party."

"One of the things that was heart-wrenching that he said to his nurse was, 'You know, I think I made a mistake,' and this young man went to a COVID party," Dr. Jane Appleby, the chief medical officer at Methodist Hospital, told KSAT. "He didn't really believe. He thought the disease was a hoax. He thought he was young and he was invincible and wouldn't get affected by the disease."

KINGSPORT, Tenn. (NEXSTAR) — The week began with the White House again signaling support for Round 2 of stimulus relief for Americans. How and when that happens remains largely up in the air.

“We are working on another stimulus package, and that will take place … very soon,” President Donald Trump told Jessi Turnure, a reporter for the Nexstar Washington, D.C., Bureau.