ATLANTA — Investigators are focusing on Bobbi Kristina Brown’s boyfriend, Nick Gordon, as they try to determine how she ended up face down in a tub of water, a source with knowledge of the case told CNN.

In another development, a source close to her family told CNN that she has injuries that still need to be explained. She reportedly has unexplained injuries to her face and mouth. 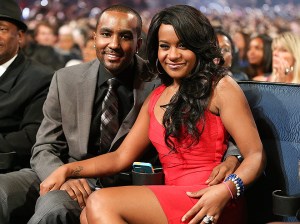 The daughter of musical superstar Whitney Houston, Bobbi Kristina was found face down in a bathtub full of water in her Atlanta area home on January 31. The 21-year-old was “unresponsive, meaning not breathing, no heartbeat,” a Roswell police spokeswoman said at the time.

Doctors have placed her in a medically induced coma, a source close to the family said soon after she was hospitalized. The status of her brain function won’t be known until sedatives are reduced, the source said.

A week after she was rushed to the hospital, details of her condition are scarce. Sources close to the family say she opened her eyes briefly on Monday and also suffered seizures that same day. It was not immediately clear what medical significance these reported events have in Brown’s case.

As she fights for her life, more family members are coming to Atlanta to visit the legendary singer’s daughter.

Other family members, including Bobbi Kristina’s father, singer Bobby Brown, have been in Atlanta for days.

She “was not breathing” when Gordon and a friend, who has been identified as Maxwell Lomas, found her inside her townhouse in the Atlanta suburb of Roswell.

Nobody knows what caused her unresponsiveness, Holland said, but police consider it a medical incident at this time. She said investigators had found nothing to indicate it was drug- or alcohol-related.

Bobbi Kristina had said she was married to Gordon, but an attorney for her father said the two were never married.

She was found dead in a bathtub at a hotel near Los Angeles on February 11, 2012, hours before she was to attend a pre-Grammy Awards party.

A coroner ruled her death an accidental drowning, with heart disease and cocaine use listed as contributing factors.

Bobbi Kristina is her only child.

(NEXSTAR) – Despite support for the protests over George Floyd's death and disapproval of President Trump's response, a poll released Wednesday shows that a presidential election held today would be too close to call.

A Nexstar Media/Emerson College poll conducted this week found that 47.1% disapprove of the president's response as protests continue nationwide and around the world, while 35.7% approve.

The space agency's website has an asteroid watch section showing the next five approaches, which are expected in the next few days.

The National Hurricane Center put out an advisory at 12:30 p.m. ET saying Hurricane Hunters found Tropical Depression Three had strengthened to become Cristobal. As of 11 p.m. ET, the tropical storm has maximum sustained winds of 50 mph.

“I’m tired of people telling the African American community what they can and cannot be”: Nancy Lieberman’s ‘DreamCourts’ go beyond basketball

Reunion Tower joined social media and went dark for the first time in 42 years, but was #BlackoutTuesday counterproductive?

Dallas Cowboys bring training camp home, moving it to The Star in Frisco

Dallas Cowboys bring training camp home, moving it to The Star in Frisco