HONOLULU, Ha. - Alan Robinson and Walter McFarlane, both born and raised in Hawaii, have been best friends for 60 years; but unbeknownst to each of them, their relationship goes back even farther. The two just found out they are biological half-brothers, sharing the same mother.

"Well, we love to play Cribbage. We've been playing Cribbage all our lives, " Walter said.

"I beat him the last time we played," Alan responded. HOW did no one catch on that these two must be brothers??

Walter and Alan met in sixth grade and each knew of the other's unique family situation: Walter never knew his father and Alan was adopted.

Walter and his family spent years searching the internet and social media before turning to genealogy and family-matching website ancestry.com. They got plenty of hits on DNA matches for Walter, and user Robi737 was at the top of the list. According to the analysis, Walter and Robi737 had several matches in their DNA, with the most significant being identical X chromosomes.

So, who's Robby737? Alan's last name is Robinson. Robby was his nickname. He spent years as an airline pilot, flying a 737. He'd been using ancestry.com to try and find out more about his mother.

"Hairy arms and that... that did it!" Walter said with a snap of his fingers.

Look how cute they are, laughing at themselves talking about their hairy arms. 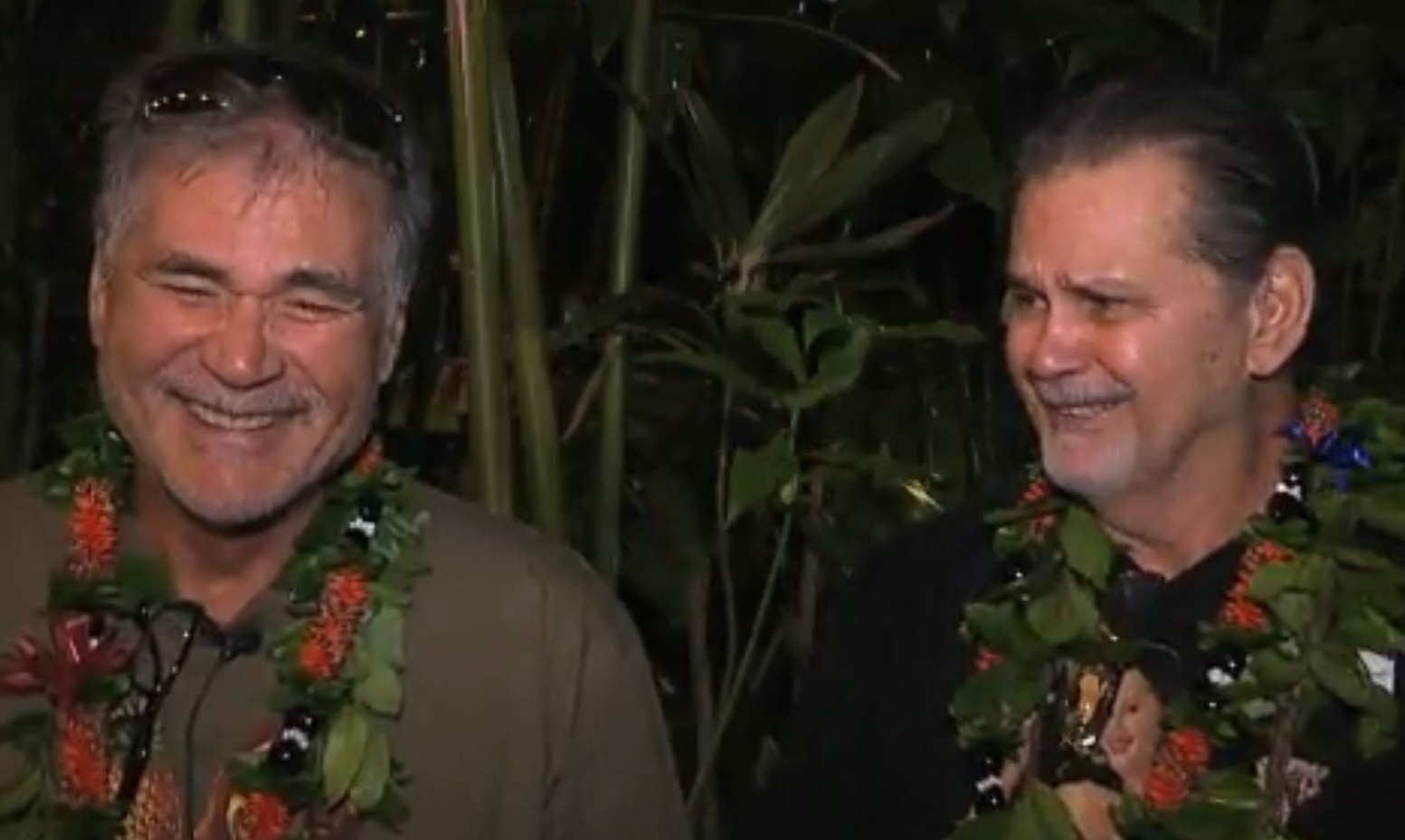 Alan lost his only (he thought) sibling, a brother who died at 19, and therefore thought he would never know of his birth mother or never have any nieces or nephews. That, too, changed for him as the brothers held a big party to announce the news to family and friends.

"It  was an overwhelming experience. It's still overwhelming. I don't know how long it's going to take me to get rid of this feeling," Alan said.

What's next for the brothers? Retirement and traveling together.

"This is the best Christmas present I could ever imagine having," Alan said.

Even at their age, you just know these two brothers will be getting into mischief. 😃