LOS ANGELES — Ariana Grande is in grande hot water after getting busted saying, “I hate America” in a donut-licking video that’s now gone viral, thanks to TMZ.

The celebrity gossip site posted the leaked surveillance video that shows Ariana in a Los Angeles donut shop with her new bae, her backup dancer Ricky Alvarez, on the Fourth of July.

First problem, the 22-year-old pop star is seen giving a donut left on the counter some tongue action. She licked it and didn’t buy it!

Maybe she should have stuck with the line, “I Don’t F**k With You” from her ex-boo Big Sean’s hit song. 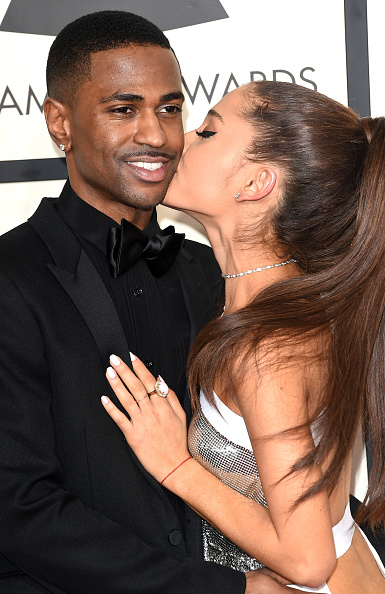 Ariana, who is an anti-childhood obesity advocate, has since issued an apology:

“I am EXTREMELY proud to be an American and I’ve always made it clear that I love my country. What I said in a private moment with my friend, who was buying the doughnuts, was taken out of context and I am sorry for not using more discretion with my choice of words.”

Is it a coincidence that she’s since backed out of performing at the MLB All-Star Concert on Saturday? Ariana says, not so fast!

“As for why I cannot be at the MLB show, I have had emergency oral surgery and due to recovery I cannot attend the show. That being said let me once again apologize if I have offended anyone with my poor choice of words.”

Watch an extended first look of All American, premiering this fall on CW33