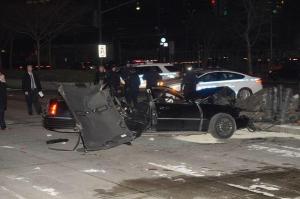 Simon died when the Lincoln Town Car cab he was riding in crashed with a Mercedes, lost control and slammed into the median.

Rescue crews had to cut off the top of the Lincoln to free Simon and the driver. Simon was pronounced dead at the hospital.

Simon’s career in news spanned some 50 years and earned him countless awards. 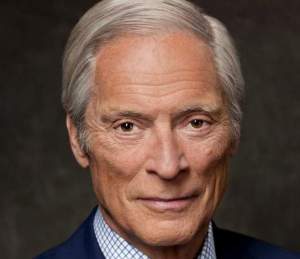 “Bob was, and I’ll tell you it’s very hard to talk about him in the past tense, but Bob was for the last five decades, simply one of the best, in my opinion, the best in the world, at getting a story, telling a story, writing a story and making it simply unforgettable,” said CNN’s Anderson Cooper, who worked with Simon at “60 Minutes.”

Simon joined CBS in 1967 as a reporter and editor based in New York. He went on to report from all over the world.

He covered the war in Vietnam and was on one of the last helicopters out of Saigon, according to his CBS News biography.

In 1991, Simon was captured by Iraqi forces at the start of the Gulf War. He and three colleagues spent 40 days in prison, an experience he later wrote about in his book “Forty Days.”

Among his many awards are four Peabodys, 27 Emmys and the Overseas Press Club’s highest honor for a body of work, the biography read.

Simon and his wife, Françoise, have one daughter, who is a producer for “60 Minutes.”