The Republican field thins. Belgian cops chalk a win. And a new dress debate begins. It’s Wednesday, and here are the 5 things you need to know to Get Up to Speed and Out the Door: 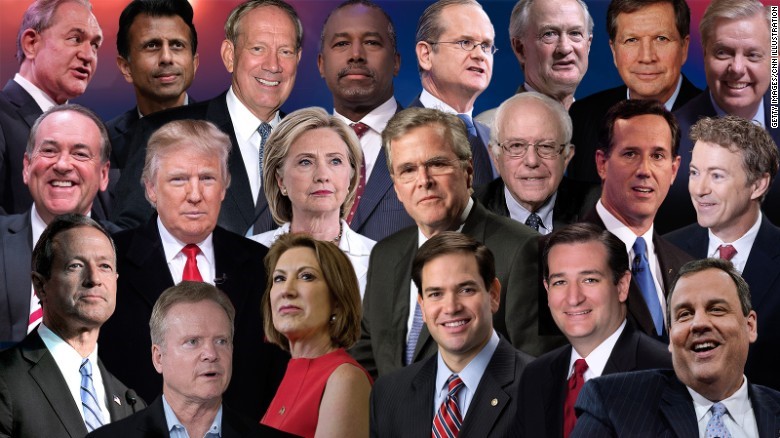 Another one bites the dust: With former New York Gov. George Pataki ending his bid for the presidency, the crowded Republican field of wannabe leader of the free world got some breathing room — but not by much. More candidates remain than you can count on two hands. (Here’s a list of who’s in and who’s out). Meanwhile, The Donald – who’s now going after Bill Clinton’s extracurricular ‘dalliances’ — said if someone wants to bring up his own behavior with women, then bring it. Campaign 2016: This time, it’s personal.

Waterworld: Many people in the central and southern U.S. are looking out their windows and wondering whether the water will take their homes. For some, it’s beyond that time. More than 18 million Americans in 13 states are under flood warning. Missouri’s taken the brunt of the abuse. Parts of suburban St. Louis near the Mississippi River have been evacuated, as has a prison across the river in Illinois. The deadly flooding will threaten cities and towns along rivers for days even though the most of the rain has stopped.

Them’s the breaks: Ethan Couch and his mom should be back in the U.S. from their Mexican “holiday” today. But don’t assume that now he’s toast. Looks like the most time he’ll likely see in the slammer is a mere 120 days. (Here’s an explanation why). So, you have a kid who kills four people while driving drunk, who gets a slap-in-the-wrist probation after claiming affluenza, who allegedly violates said probation and splits for Mexico with mom, and his most severe punishment is 120 days? Slow clap.

Low riders: Ringing in 2016 with terror. That’s what authorities in Belgium said a Muslim biker gang had planned. Two members of the Kamikaze Riders have been busted after they talked about the plot. Brussels’ Grand Place square and other places sure to be crowded on New Year’s Eve were the targets. It’s another one of those inspired-by-ISIS type deals.

A change is gonna come: In an powerful interview yesterday, Antonio LeGrier recounted how he thought cops would help his son when he called 911. Instead, the Chicago officers who arrived shot dead 19-year-old Quintonio LeGrier – and a 55-year-old grandmother who answered the door. With some slamming a police culture “shoot first and ask questions later,” Mayor Rahm Emanuel says he wants to see changes in how police are trained to deal with the mentally ill.

What singer David Lowery wants Spotify to pay for alleged copyright infringement. Looks like somebody wants cheese with his Cracker.

A WSJ piece says the NSA kept eavesdropping on world leaders even after the Prez said it wouldn’t. Ooh, fits gonna hit the shan today.

All that bread and no breadsticks?

$400 will buy you Times Square New Year’s Eve tickets … to Olive Garden. But you only get a limited view of the ball drop. And no bottomless buckets of the one thing the restaurant’s famous for. PASS!

In this corner: Mike Tyson on a hoverboard.

In that corner: Gravity.

Outcome: Iron Mike on the mat in 11 seconds flat

Seemed like a good idea to ride my daughter #milantyson #cyboard #hoverboard but guess not… pic.twitter.com/Cjn4s22E5l

Pretty sure he won’t be a vegan

This kid tastes bacon for the first time and loses his ever lovin’ mind.

They see him rollin’, they hatin’

A priest in the Philippines is being read the riot act by his bosses for a hoverboard stunt.

Ditch the Dress, address the pants

Here’s what’s consuming the Internet today: How should a dog wear pants? Once that’s settled, let’s dissect whether it puts its pants on one leg at a time. 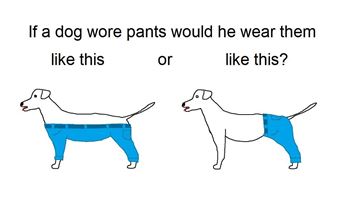 This ninja raccoon helps himself to some apple fritter like it ain’t no thang.

That is proving to be especially true for a Pamlico County man.

(CNN NEWSOURCE) — A Michigan woman has marked her 103rd birthday by getting inked.

After spending months in isolation during a coronavirus lockdown at her nursing home, Dorothy Pollack, who celebrated her birthday in June, decided to check off some bucket list items.

Putin says Russia has coronavirus vaccine, claims one of his daughters was inoculated

Millennial Money: How to move safely during a pandemic