Debates, deliberations and Darth Vader. And enough legal drama to fill an entire season of Law & Order. It’s Tuesday, and here are the 5 things you need to know to Get Up to Speed and Out the Door:

Trading spaces: Which is worse – five years in Taliban captivity or the rest of your life in jail? Bowe Bergdahl might find out – if he’s convicted of desertion. Yesterday, the U.S. Army decided he’ll face a court-martial. Bergdahl was held by the Taliban after he disappeared from his base in Afghanistan in June 2009. Six U.S. troops died looking for him. He was later exchanged for five Taliban detainees. Some in the military consider him a deserter, and the Pentagon’s caught some heat for the prisoner swap.

Let us not go quietly into the night: Let’s see if we can sum this up concisely. Seven women accuse Bill Cosby of sexual assault. His reps call them liars. So they sue for defamation. Now, the disgraced comedian has countersued them, saying they were the ones who defamed him. He says their accusations damaged his reputation so much that plans for a new sitcom got canned. Yeah, but Bill, there’s still the matter of 40+ other women who’ve accused you of the same thing. (He’s denied those, and hasn’t been charged.)

Uncharmed city: Will the jury find Baltimore cop William Porter guilty or innocent in Freddie Gray’s death? The city’s not waiting to find out. It erupted in riots after Gray died of a spinal cord injury in police custody in April. No one wants a repeat. The mayor and police commissioner have urged calm. An emergency operations center has been activated. All police leave have been canceled. Deliberations resume this morning.

Let’s get ready to rumble … or (in some cases) stumble: We know, we know. There seems to be a debate seemingly every other week. But the one tonight is your last chance to see all the Republican presidential hopefuls in one place this year. The Donald is riding even higher in national polls, but the Ted is surging in Iowa. And, for the umpteenth time, this may be Jeb!’s last chance to … live up to that exclamation point. For your viewing pleasure, here’s a handy primer on tonight’s #GOPDebate.

Every rose has its thorn: And for Pete Rose, it’s MLB Commish Rob Manfred. He says Rose still hasn’t taken full responsibility for betting on baseball back when he managed the Cincinnati Reds. And so, Charlie Hustle — MLB’s all-time hits leader — still can’t play ball. Rose will let his feelings known later today. The Donald already has.

Quote of the day: “It’s not going to be very interesting this year, honey. Sorry.”

The first lady, on what she’s getting the President for Christmas. Namely, “workout stuff.” Hmm, what are you implying, Mrs. Obama?

Take a look at me now

Is this the face of Jesus Christ? One British researcher thinks so.

GoPro’s stock has plummeted 75% this year. Analysts are channeling Tina Turner: We don’t need another HERO.

When you change your name to Darth Mykolaiovych Vader but lose the race for mayor of a Ukrainian town, you gotta occupy your time somehow.

Luke, I’m (not gonna be) your father

There are now Star Wars condoms. [Insert your own joke here because the editor nixed ours].

Take a look at me now
Is this the face of Jesus Christ? One British researcher thinks so. 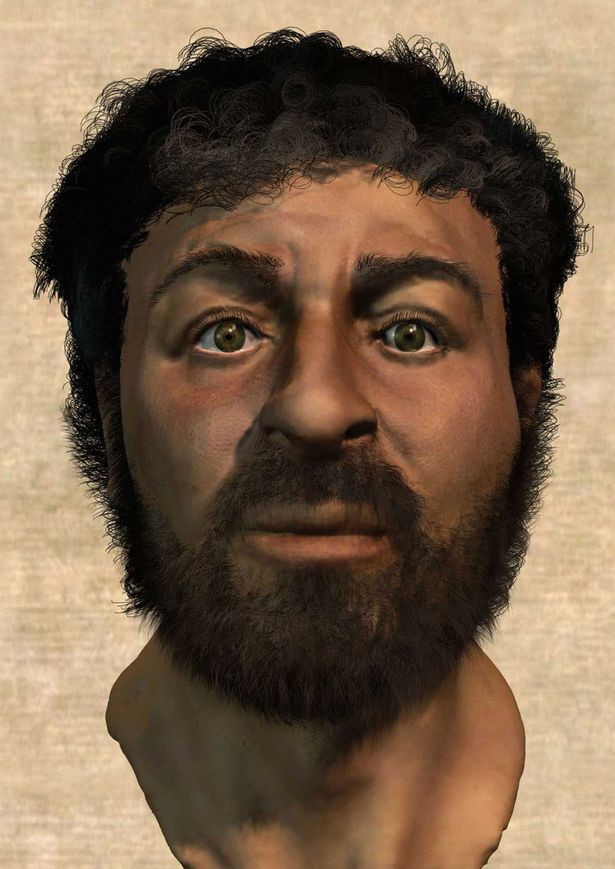 Have Chicago police been running a secret detention site out of a former Sears warehouse, where mostly black residents were taken, beaten and denied access to lawyers? A hearing today will try to get to the bottom of this.

Give peace a chance

A ceasefire goes into effect in Yemen today. Let’s hope this one holds. Because who’s benefiting from the security vacuum there? ISIS. Always ISIS.

The number of Islamic nations that are part of a new Saudi-led coalition to kick some ISIS butt.

When your dog has better moves than you