Democratic horse-thievery. Diets that don’t work. And shutting down an interstate to propose. It’s Wednesday, and here are the 5 things you need to know to Get Up to Speed and Out the Door: 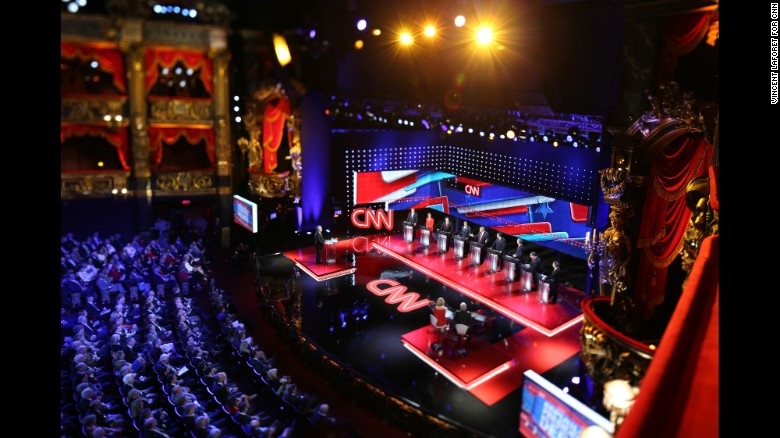 Captain(ing) America: Was that a debate or an audition for who would be America’s greatest superhero? The GOP hopefuls aired episode 5 of their reality TV show last night, and it didn’t disappoint. (Here are the five takeaways)

Winners: Jeb! who tangoed with The Donald in a way only a man with nothing to lose can. Ted Cruz who fed more red meat to his conservative base. And Marco Rubio who parried blows from all sides and remained standing.

Losers: National security’s still a red flag for Ben Carson. Carly Fiorina, whose shtick is getting old. And Rand Paul, who nobody wanted to play ball with.

Surprise!: Who got the most airtime? Here’s a hint: Not Trump. Ted Cruz rocked the mic the longest, logging in more than 16 minutes. 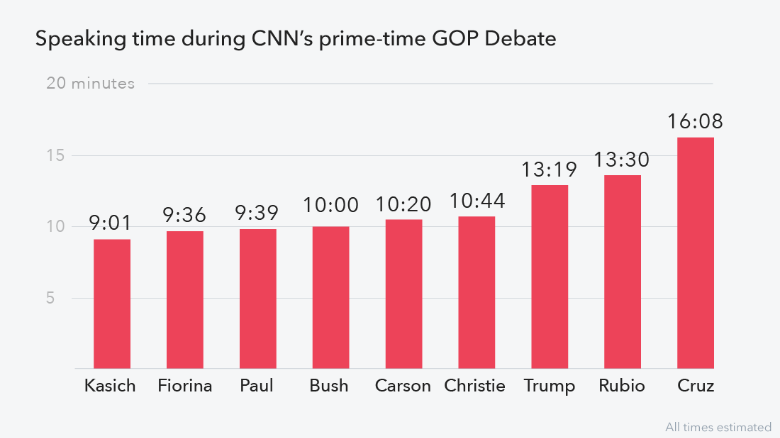 Pants on fire: It wouldn’t be politics if you didn’t bend the truth a little. Ok, a lot. But that’s why you have us, America. We inspect the candidates’ claims here.

Zingers a plenty: Bush to The Donald: “You can’t insult your way to the presidency.” Paul talking about (the suddenly hawkish) Chris Christie: “I think if you want World War III you got your candidate.” John Kasich about Putin: “Frankly it’s time that we punched the Russians in the nose.” And Ted Cruz to no one in particular: “All horse thieves are Democrats, but not all Democrats are horse thieves.”

A tale of two cities: Two school districts get the same threat. The one in New York says, “Eh, move along; nothing to see here.” The one in L.A. says, “Oh snap! Close ALL the schools!” So who got it right? The answer could depend a bit on timing and geography. L.A., just 60 miles from San Bernardino, is understandably more jittery after the terrorist attack there, so canceling class for 650,000 kids made sense, said the super. It’s back to school today, though.

That was a squeaker: Looks like the nation has avoided, for the umpteenth time, a government shutdown. Right in the nick of time too – we were going to run out of money at midnight. The trillion dollar bill reauthorizes a health insurance program for 9/11 first responders, overhauls the visa waiver program and doesn’t block federal $$$ to Planned Parenthood. Now, the government will purr along until September when we’ll be treated to this song and dance again.

Justice, but no joy: No one wants to believe that a 14-year-old boy could have done this. Prosecutors summed up what we’ve all felt when we learned a young math teacher — Colleen Ritzer — was killed by one of her students. Yesterday, a Massachusetts jury found Philip Chism, now 16, guilty of murder. Chism’s defense team said he was responding to voices in his head. The jury didn’t buy it. As for Ritzer’s family? They say there’s a hole in their lives, “one that, sadly, can never be replaced.”

Game changer: That’s how CNN legal analyst Sunny Hostin describes the very real possibility that the first trial in the Freddie Gray saga could end in a hung jury. William Porter is the first of six cops charged in the death of Fray, who suffered a neck injury while in police custody. Jurors told the judge yesterday they were deadlocked. The judge told them to go back and try again today. A hung jury could force a change of venue and have a domino effect on the trials of the other five cops.

Quote of the day: “Love makes you do stupid things and I wanted to do something big for my girl”

— Vidal Valladares, who shut down one of the country’s busiest freeways to propose to his girlfriend – because that’s her favorite view of the city. #oof

Vacation have to get away

Ending the year without taking all your paid time off? Not if you’re at these companies where taking vacation days is mandatory.

We are the champions

That would be Jordan Smith and his pipes. He won “The Voice” last night, and we’re betting he won’t fade into oblivion like past winners. After all, not everyone can brag about knocking Adele off the top of the iTunes charts.

Will work for food … not really

You didn’t leave Mike Pothoff a choice, did you, panhandling boys? He offered you a job – twice. You turned him down. Payback’s a you-know-what. 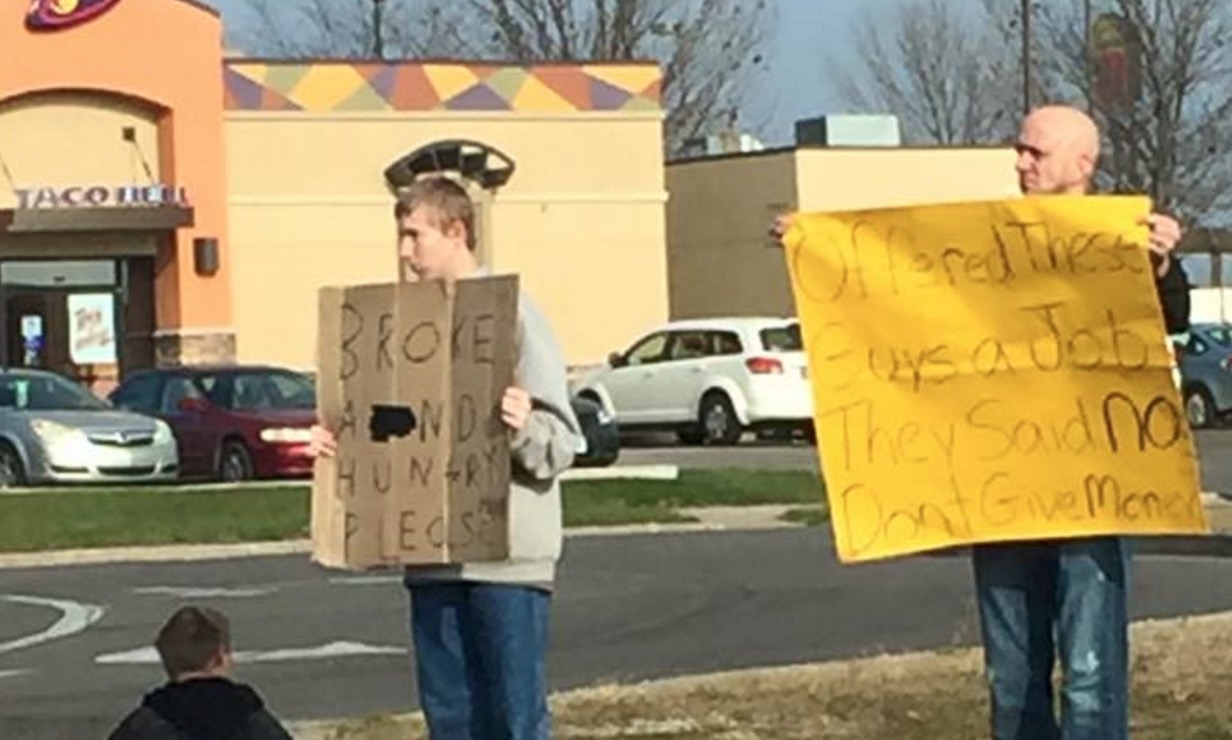 After the party, it’s the hotel lobby

Somebody tell this guy there are other ways to complain about a hotel stay than drive a truck through the building. A strongly-worded email, perhaps?

Oh, why even bother?

Researchers looked at all kinds of diets to figure out which one’s the lightweight champion? The answer: None. Now we get why the standard American diet is called SAD.

Number of the day: 1 millisecond

How much the Earth’s rotation is slowing each day. Climate change, I tell you – it’s a drag.

When you ask Luna the lab who her best friend is, she responds by putting her paw around her buddy. Because labs are THE BEST DOGS EVER!

SAN ANTONIO (KXAN) -- Governor Greg Abbott says Texas schools will have the personal protective equipment they need to start the 2020-21 school year -- whenever school districts decide for themselves when they want to open.

On Tuesday, Texas Gov. Greg Abbott gave an update on the state's supply of PPE at the Texas Division of Emergency Management in San Antonio, where he explained that the state has already made steps to get schools the protection they need so school can begin as scheduled.

DALLAS (NEXSTAR) -- Craving some Whataburger? We have good news. You can get a buy one, get one free burger if you act fast!

According to the burger chain's website, the BOGO deal is part of the company's 70th anniversary celebration.

FORT COLLINS, Colo. (KDVR) – A Colorado woman's childhood fear became reality when she leaned over her malfunctioning toilet and watched a large corn snake slither up and into the bowl last Wednesday.

“I used the restroom, like went to flush and everything and it wasn’t going down. I looked and leaned in closer and a snake head slithered up. I was terrified,” Miranda Stewart, of Fort Collins, said.

How much is too much? Talking to kids about financial hardships during the pandemic

A day a trend does not make: North Texas reports some of the lowest COVID-19 numbers, will likely see rises

After years of revival, seven businesses have shut down for good in Fort Worth’s Sundance Square and Downtown area

After years of revival, seven businesses have shut down for good in Fort Worth’s Sundance Square and Downtown area