FORT WORTH - Two Fort Worth police officers ended up in the hospital after an accident during a vehicle pursuit of a road rage suspect.

This is the end result of the pursuit -- the officers' patrol car crushed by bricks. 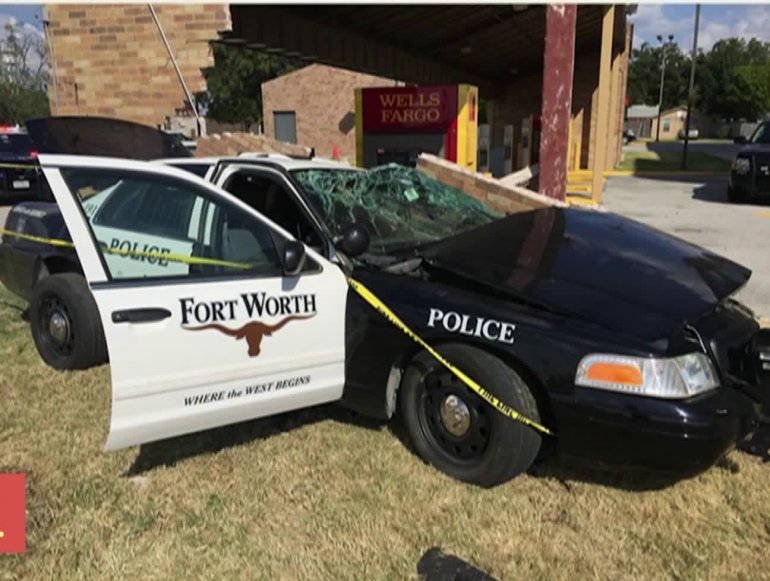 The chase began Sunday afternoon when officers were called to I-20 and South Hulen Road on reports of a driver displaying a gun to another driver.

Officers located the suspect vehicle and a pursuit began. During the chase, the officers' car hit part of a bank building, trapping the officers in the crushed car.

Both officers were taken to the hospital with injuries, but were alert and awake.

The suspect was eventually captured and a gun was found on the scene.