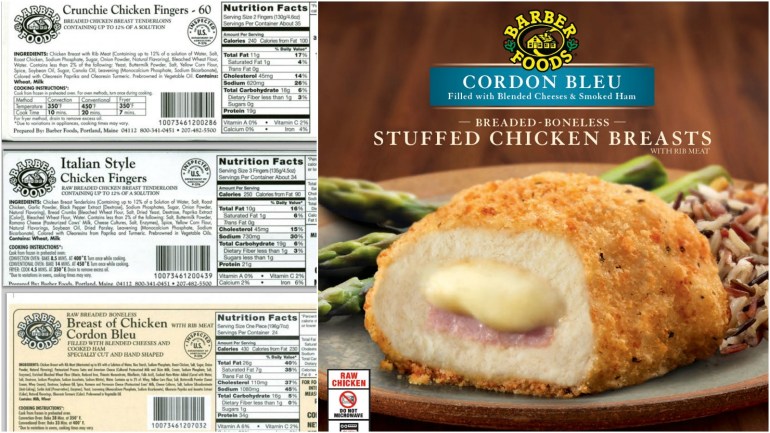 WASHINGTON — Barber Foods is recalling over 1.7 million pounds of frozen, stuffed chicken products that may be contaminated with Salmonella, according to a USDA news release.

According to the USDA’s Food Safety and Inspection Service, at least six people in Minnesota and Wisconsin got sick after eating the recalled products between April and late June. The recall was originally announced on July 2 and included 58,000 pounds of chicken products, however the recall was expanded on Sunday after additional illnesses were reported.

The recall includes frozen, stuffed, and raw chicken packaged in 6 individual packages per box. The varieties include Chicken Cordon Bleu, Chicken Tenders, Chicken Kiev, and Chicken Broccoli Cheese. Here’s a full list of the products included in the recall.

The products subject to recall include the establishment number “P-276” inside the USDA mark of inspection.