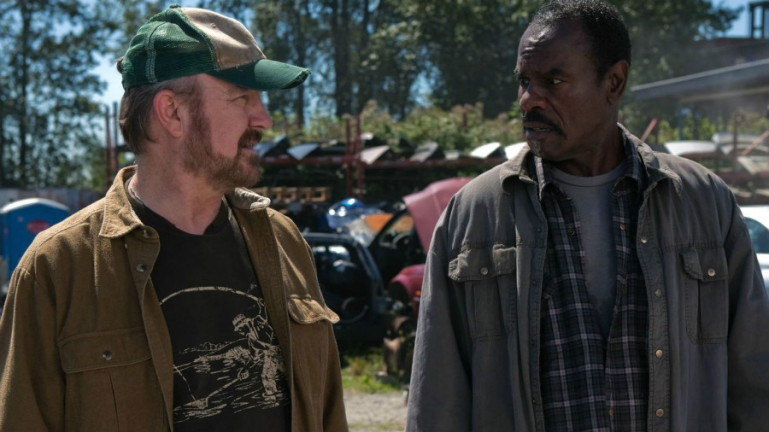 Wednesday (March 23) finds a few familiar faces returning to “Supernatural.” Fans know full well that just because a character dies, it doesn’t mean it’s the last time they’ll show up in the series. Sure, Bobby Singer (Jim Beaver) has appeared multiple times since his character met his untimely demise.

Now, in the episode titled, “Safe House,” Bobby will return to the show once more and he’s bringing Rufus Turner (Steven Williams) with him.

Zap2it got a chance to talk with Williams about his return to the series. Not only does he give us a glimpse at what to expect from the flashback-filled episode, Williams sheds some light on what his own hunter skill-set would be. (Hint: he’d be great at all the things!)

Zap2it: It’s been a while since fans have seen Rufus in action. What can fans expect from this episode?

Bobby and Rufus did a sloppy job or something and the ghost is not dead. It shows the two of us working — what they’re doing and what we did.

It sounds almost like the story will show the four of you working together in a way.

It’s going to flow into each other. I think the writers have written this thing rather cleverly and it’s been directed rather cleverly. You’re going to enjoy the visuals also — we intertwine, almost.

You may see the Dean (Jensen Ackles) character and then it segues back into the Bobby character or the Rufus character doing the same thing, you know, because we have similar ways of working … particularly the boys and Bobby. All hunters work different but these four guys sort of work very similar.

What was it like returning to the show after five seasons?

There are wonderful actors in the show I get to interact with and Jim [Beaver] is just a delight. Being partnered up with him is just an absolute delight. There’s so much pathos, there’s so much fun going on. You know, we’re two grumpy old men who are having a love/hate relationship. A love/irritation relationship, let’s put it that way.

There are some underlying things, it’s not quite hatred, but these two guys were partners. Remember, they were partners in the past and they depended on each other for their lives and they understood how dangerous what they were doing was. There’s a bond that happens between people who are facing death in their job every day.

Once Rufus died, did anyone give you a hint you’d be back?

Nope! I don’t know why, but I always felt like Rufus would be back somehow. You know, everybody’s got their eyes on the fanbase too. When a character connects with the fans, I would think they’d want to pop him out there every once in a while.

Looking at the storylines too, I thought there was a great possibility for Rufus to come back. So we have, even though it’s in a flashback, we’ve come back. We’ve still got possibilities … we could be telling that story of what happened in Omaha.

Can you give us a hint about this entity you guys are fighting?

Watch your back! That’s all I can tell you.

Fair enough! Speaking of watching your back … if you were a hunter in real life, what would be your weapon of choice?

So, it would be a firearm … and um, whatever kills the monster! You’ve got to remember, different monsters are killed by different things — a special knife, a special this, a special that. It’s got to be burned, you’ve got to dance with it three times and take it to dinner and then gut it … you know, shit like that!

Hunters have to be well-rounded, that’s for sure.

Unless the monster in question is Goliath.

RELATED: The Trickster moves behind the camera for some ‘Supernatural’ mischief

“Supernatural” airs Wednesdays at 8 p.m. CT on The CW.

Amazing hunk of love: Bear is looking for the right forever home