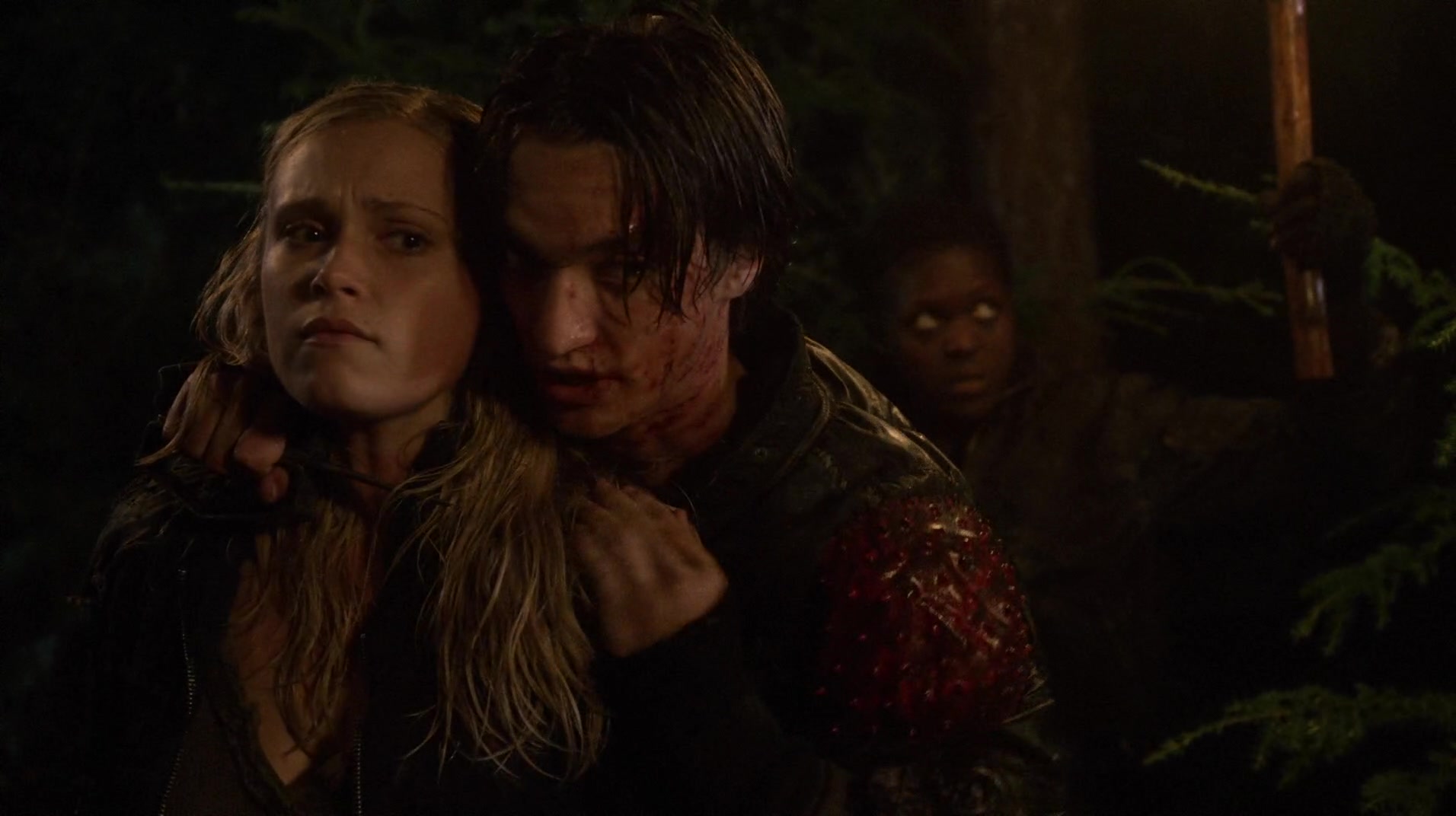 After the tragic death of Lexa (Alycia Debnam-Carey), Clarke (Eliza Taylor) won’t be the only one feeling her loss. The 12 clans will need a new commander, and King Roan (Zach McGowan) is not planning to let the Nightblood ceremony exclude his Ice Nation candidate, Ontari (Rhiannon Fish).

At WonderCon 2016, fans were treated to the first 13 minutes of the upcoming episode titled “Stealing Fire,” which showed the horrifying fallout of Ontari’s bid for power.

If you’d rather not to be spoiled on a few key details of Thursday’s March 31 episode, then read no further!

RELATED: ‘The 100’: Lexa’s Death Dominates the Conversation at WonderCon 2016

As the Nightbloods prepare to fight for the honor of taking on Lexa’s title, Ontari turns the ceremony into a massacre by slaughtering all of the children and claiming the title for herself. Sitting on the throne, she vows to destroy the Sky People with her new power.

Not good news for everyone back in Arkadia, especially since they’re embroiled in civil turmoil themselves. Thusly, a new and bizarre partnership is born between the unlikeliest of pairs: Clarke and Murphy (Richard Harmon).

RELATED: Blame ‘Fear the Walking Dead,’ Not ‘The 100’s’ Jason Rothenberg, for the Death of Lexa

Thanks to a bout of good timing this season, Murphy seems to be the only one who knows all the facts and all the players in the current A.I. plot, making him a perfect partner for Clarke.

Eliza Taylor and Richard Harmon wouldn’t reveal how exactly their characters plan to foil Ontari’s attempts to get the commander’s spirit — a.k.a. the second version of the ALIE code — implanted in her, but they did tease that Clarke and Murphy will be formidable opponents for Ontari.

“I think down at their core, they’re both people that, when they want something, there’s nothing that’s going to stop them from getting it,” Harmon says. “So if they’re wanting the same thing, I think that’s a very powerful team.”

The healthiest and worst ways to cook a turkey