The only thing better than having former The Vampire Diaries actor Chris Wood back on TV is having a drinking game to play while you’re watching his new show, Containment.

But first, create your own awesome SnapChat with the Containment filter! 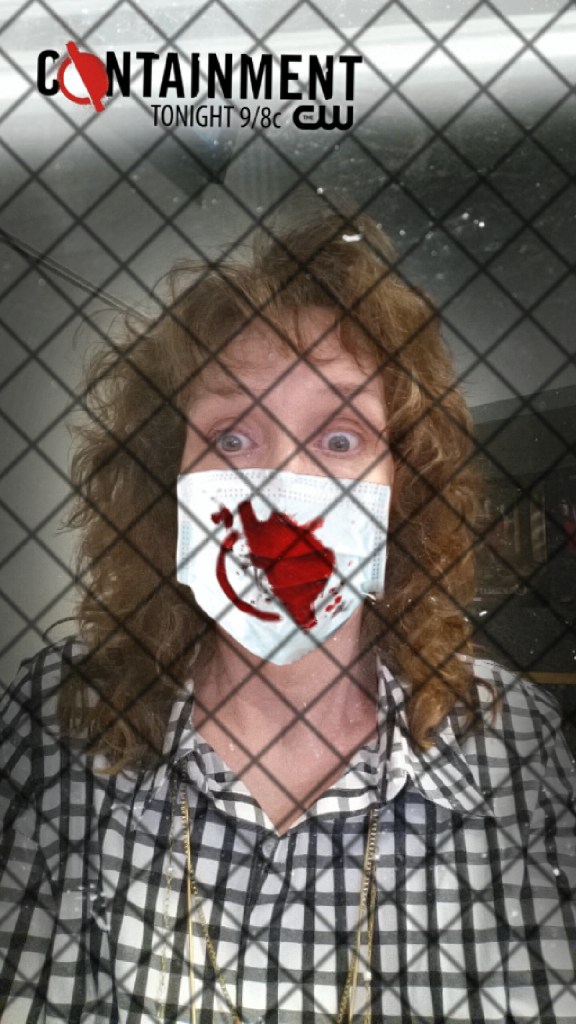 Now you’ve got something to admire during commercials and in between posting to social media about #Containment.

Tuesday, April 19, CW33 is premiering its new limited series Containment, in which the city of Atlanta gets split up and locked down in quarantine after a deadly and gruesome virus breaks out. The show explores themes of xenophobia, both the beautiful and ugly side of humanity that comes out when people are put in impossibly stressful situations.

And, of course, there’s going to be political fallout that comes with all that.

So a few drinks with fun rules will help ease the intensity of this drama-filled series.

Executive Producer Julie Plec says, “It’s a very long, slow journey though the first season” with  a “subtle thread of conspiracy.” This show is a departure for Plec, who’s well-known for her hit supernatural series like The Vampire Diaries and The Originals. Based on the Belgian show, Cordon, Containment presents a non-supernational catastrophe, a viral outbreak that causes what could very well be a terrifying situation in real life.

So fill up your cups, Containment fans! And cheers to having fun while a deadly mystery viral infection threatens to turn America into a dystopian disaster area.

If there’s alcohol in your cup, do NOT drive.

Every time someone says, “Four to six feet.”

Staying four to six feet away from each other is the safe distance in which you can avoid catching the virus. Why four to six feet? Why not just say five? Not sure, but no one questions it. Physical contact must be avoided at all costs for people trapped inside the infected area, and this “four to six feet” rule gets repeated often. So often, Wood even jokes about it on Instagram. If you miss a plot point because you get lost in Chris Wood’s eyes.

Good luck with this one. This is actually might be why the DVR rewind button was originally invented.

Each time someone dies.

It’s a violently bloody affair each time the virus takes hold of a new victim and it’s tough to watch. Close your eyes and drown the scene out by emptying your Solo cup instead.

Each time Chris Wood appears in a tank top.

You’ll want to be sober and fully alert each time this happens.

Containment premieres on Tuesday, April 19 night at 8 p.m. on CW33.