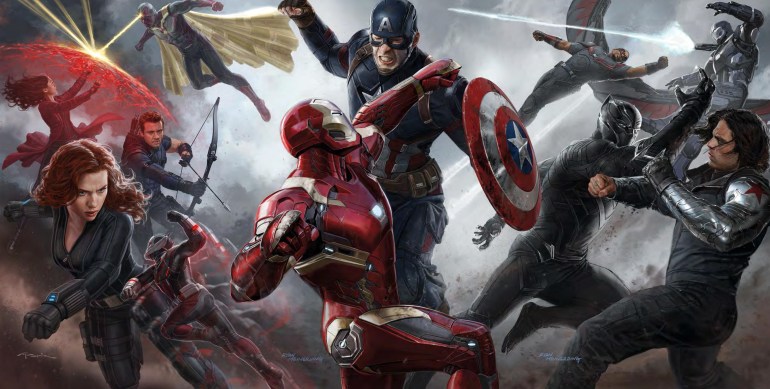 With the upcoming premiere of “Captain America: Civil War” and the recent release of “Batman v Superman: Dawn of Justice,” seeing your favorite superheroes come to blows is certainly en vogue.

Perhaps that makes it the right time to see “The Flash” and “Arrow” come together for more than just a two-part crossover event. Instead, it may be time for a longer story arc that sees the two sides battling each other over a larger issue.

What if instead of the traditional two-parter, The CW embarked on a much longer storyline that encompassed not only “The Flash” and “Arrow,” but also “Legends of Tomorrow,” over multiple weeks or months? All it would take is an inciting incident to bring Team Arrow and Team Flash in direct opposition with each other — which shouldn’t be too hard — then you could simply watch the story grow from there.

RELATED: ‘The Flash’ EP says Jay Garrick isn’t Zoom, so who is he?

Given the very different dynamics on “The Flash” and “Arrow” — and the teams fighting crime on each — it would make for a very interesting war. Knowing both sides of the battle so intimately would also make viewers more invested in the outcome. That’s in contrast to “Batman v Superman,” where their fight came after a single “Superman” film and little else.

The history of these two shows — and between them — is the draw in this instance.

Where does “Legends of Tomorrow” fit in? The show is made up mostly of characters pulled from “The Flash” and “Arrow” and those characters would easily fit into this quarrel, taking the sides they came from. Captain Cold and Heat Wave would be a bit more difficult to convince to join the fight given they’re essentially villains, but even they could factor into the battle somehow.

RELATED: Connor Hawke being Green Arrow on ‘Legends’ is beyond Diggle’s wildest dreams

The teams also even out in a rather surprising way. While Team Flash may look like it’s lacking in heroes at the moment, keep in mind Cisco’s vibe abilities are getting stronger by the day and who knows of any Killer Frost-like abilities will appear in Caitlin after being kidnapped to Earth-2 by Zoom.

Meanwhile, the lack of superpowers doesn’t really undercut Team Arrow. As they’s shown since the beginning, this is a team that doesn’t back down from any challenge — whether they’ve unnaturally powered or not. Be it the League of Assassins or, presumably, the eventual defeat of Damien Darhk, Team Arrow takes on anyone they deem the enemy and doesn’t give up until they’re victorious.

It would surely be a battle for the ages and one that could carry the three shows for several episodes each and could, in theory, become a season-long arc. There are plenty of details the writers of the trio of shows would need to work out — like whatever the inciting incident that kicks the fight off will be — but there’s no doubt that a clash of the magnitude would be something nobody would want to miss.

Besides, the first crossover between “Arrow” and “The Flash” was promoted as a fight that only ended up lasting part of a “Flash” episode. A fight like that deserves a much bigger spotlight.