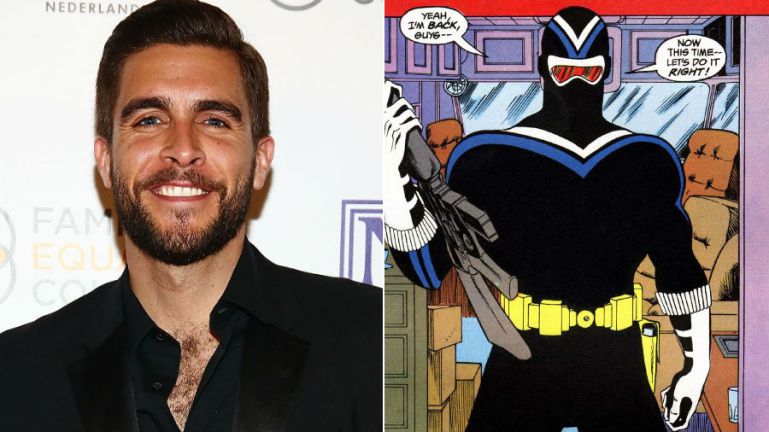 There’s going to be a new face in Star City when “Arrow” returns in the fall. Former “Chicago PD” star Josh Segarra is joining Season 5 of the CW show as a series regular, according to Deadline.

Segarra will play the role of Adrian Chase, a new district attorney who happens to be an ally of everyone’s favorite mayor Oliver Queen (Stephen Amell). With Oliver holding public office now, it’s only natural that his fighting for good is no longer limited to wearing a green hoodie and shooting arrows at people.

What’s interesting about Chase isn’t his connection to Oliver, though. Rather, he has a storied history in the comics that goes far beyond being a district attorney.

RELATED: ‘Arrow’ gets a new villain inspired by ‘The Wire’: Here’s what Anton Church will be like

Chase was first introduced in a 1983 issue of “New Teen Titans” as a man whose family was killed by the mob. As a form of retaliation, he took on the alter ego of Vigilante to seek out his own brand of justice. His role as Vigilante is one Chase battled with himself with quite often over the years, town between doing the noble thing and seeking any justice he could find.

If this is the road Chase goes down — and it’s one Oliver doesn’t know about — it presents an interesting situation.

For years, Oliver was the vigilante justice in Star City, with little regard for what elected officials thought of him. Now he’s that elected official and there’s a new Vigilante in town. That will be a fun wrinkle to see play out in Season 5.

RELATED: ‘Arrow’s’ Stephen Amell is obsessed with Feng Shui – but is Oliver?

“Arrow” returns in October on The CW.

New rule could allow gas, firing squads for US executions