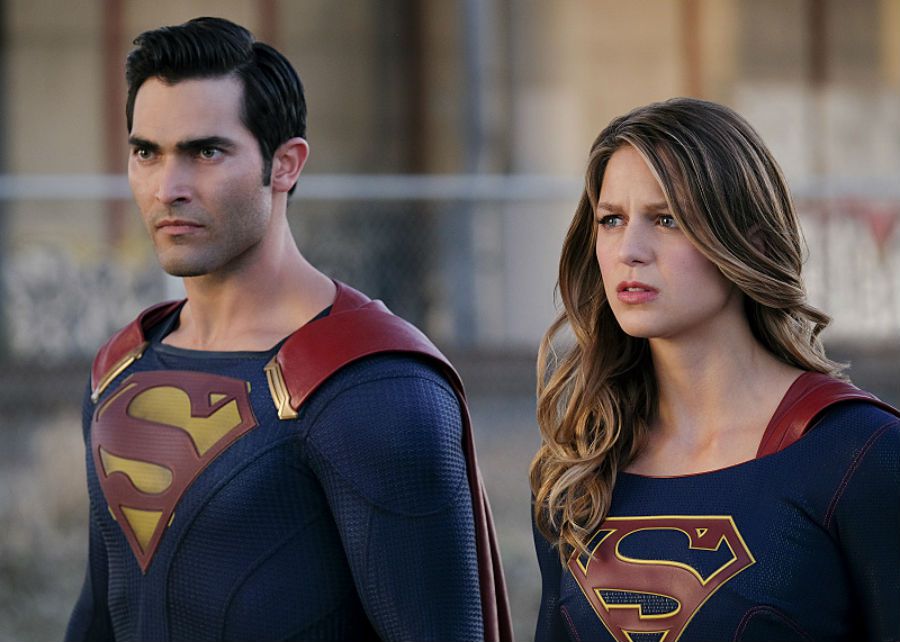 Get ready for some super new characters on Season 2 of Supergirl. The first photos of the CW’s newest superhero series show not only Clark Kent’s (Tyler Hoechlin) arrival in National city, but also another DC character, Lena Luthor (Katie McGrath).

As you might have guessed, Lena is Lex Luthor’s younger sister, and she’ll be making her debut on Supergirl in the second season premiere. It’s too soon to tell, however, whether she inherited her brother’s penchant for villainy.

There’s been more than a little speculation about whether incorporating so many Superman connections into the narrative is a good idea for Supergirl. After all, it’s Kara’s (Melissa Benoist) story, not her cousin’s. When it comes to this particular argument though, we’d argue that bringing in Superman at this point in the series is the smartest move Supergirl could have made.

Throughout the first season, the appearance of Kara’s super-famous, super-cousin felt like a shoe waiting to drop. Weaving him into the story so often felt natural in some ways — of course Kara would call him when and if she got in too deep — but in other ways, it felt like a carrot and a stick.

Were we ever going to see Clark Kent in National City? And if we did, would it just become the Superman show?

Rather than keep that act up for another three or four years to the point where it was more annoying than enticing, Supergirl decided to give everyone what they’d been wanting, at least for a short time, while still ensuring that Clark didn’t steal Kara’s limelight.

From the photos released, we can tell that it’s still very much Kara’s journey we’re following, and Clark is just along for the ride.

These new photos also tell us that we’re going to be getting a very different version of Superman than we’ve seen in recent years.

Unlike “Smallville’s” young and inexperienced Clarke Kent, Supergirl’s version of the Man of Steel has been saving the day for years. He’s not an uncertain teenager, he’s the top dog of the superhero world and a perfect mentor for Kara to call on.

RELATED: ‘Supergirl’ is getting a new boss — but, what about Cat Grant?

We’re also unlikely  to get a version of “the big guy” that reminds us of his recent cinematic portrayal in Batman v Superman. As much as we love Henry Cavill, the film version of Superman was dark, gritty and, to be frank, kind of boring. Hoechlin’s Superman can be seen smiling in the sun and lending a shoulder for Kara to lean on like any good-natured superhero would.

Supergirl’s Clark Kent is not going to be a broody anti-hero, he’s going to be the charming farm boy we’ve all come to know and love.

As far as Lena Luthor goes, we’re just excited to be getting another powerful female character on the cast. With Cat Grant (Calista Flockhart) appearing less and less, the series is going to need someone to fill that CEO-sized whole in Kara’s life, and Lena should fit perfectly.

5 DFW Happy Hour Spots in DFW to End The Workday

‘Beauty and the Beast’: Is Kyle the New Beast on the Block?