We usually can’t wait to get out of it, of course, until we do. Then we can’t stop fondly remembering it. It’s because high school is often where we start to become who we are.

But what would it be like if DC super heroes and villains had graced the halls of area high schools in some sort of alternate plot line transpiring on Earth-2? Really cool actually. And also very probably very dramatic. Drama is what superheroes and villains are all about.

So, with no further introduction, here are eight DC characters and the reputation they’d have if they graduated from a school in DFW.

The Flash would be a stealth-speed Warrior hailing from Arlington’s Martin High.

Martin High School is the kind of place where students learn to be their best musically, academically and socially.

Teenage Barry Allen would have likely been a popular guy, after all, it wasn’t until his parents went to prison that he really started to brood. e’d certainly bring up the current quality of the track team a lot–if he still had his powers.

But the real question is: Would he still run into Supergirl here? Maybe. But since we’re still on an iteration of Earth, she would still have to technically be an alien. But how would the Flash spend most of his time here? One thought: he might actually be behind the camera.

Seriously, you need lightning speed to keep up with the kind of pro-level lipdubs they put out at Martin.

Captain Cold would have better contemplated his overall effect on the environment at Lakehill Preparatory’s Upper School.

If you’re wondering where Lenny Snart learned to steal, it wouldn’t have been here. This is where he would have gone if he never went to juvie.

A bit of correction from the headmaster, honestly, probably would gave gone a long way for Cold.

Not only would a younger Cold had to have contemplated some serious core values at Lakehill, but he would have had to take classes at the Environmental Science Center the institution maintains.

He would have figured it all out pretty quick. We really don’t want to change the climate too much. Does that gun run on Freeon?

Green Arrow would be a high-achieving straight shooter enrolled at Paschal High School. 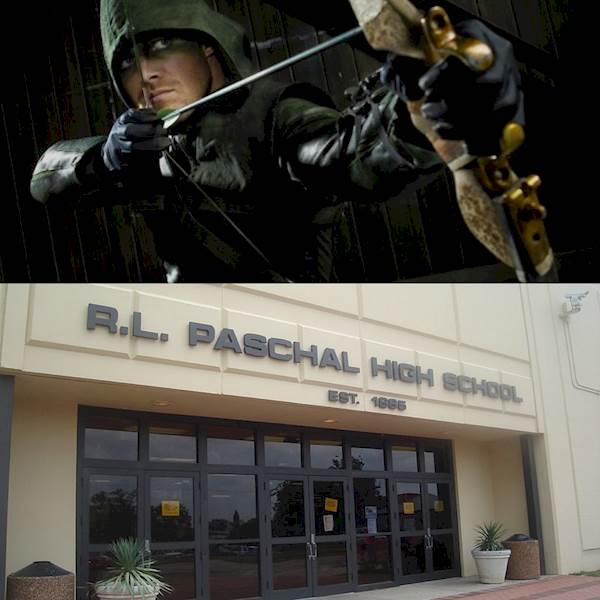 What was Oliver Queen like before he got shipwrecked on the island?

He was probably a normal kid. Well, at least as normal as you get when you witness both of your parents get mauled to death by a lion. But, because they were busy spending lots of money on extravagant trips, young Oliver probably would go to a public school.

But a good one. One that turns out astronauts, merit scholars and great athletes. Oliver could gave made a good one of those. Archery gives you strong arms.

Just imagine what would go down if Flash and Arrow were both on their respective football teams. Everyone knows the rivalry was fierce when they first met, even when they were on the same side.

The Atom would be following in Bell Helicopter/Textron founder L.D. Bell’s footsteps at the namesake high school. 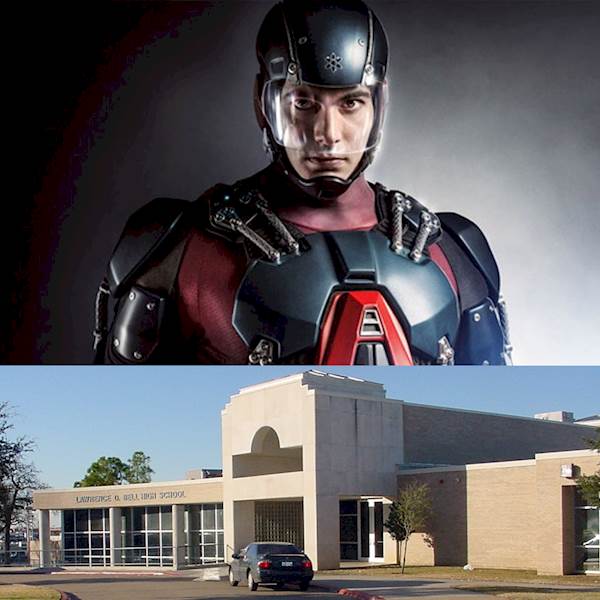 What would the young Ray Palmer be doing if he went to a DFW high school?

Chances are he’d be learning how to be the business mogul and inventor he is today. L.D. Bell students are known for being very innovative. He’d be caught coding alongside is geeky cohorts.

He would also be a very active member of the school’s Science Club and Future Leaders of America chapter.

Ray would probably also be so busy learning to implement nanotechnologies that he never remembered to get to class on time. Maybe that’s where developed the desire to shrink so small, so he could sneak in places unseen.

Teenage Rip Hunter would travel back in time to attend North Dallas High School. It’s the oldest one still standing in DFW. 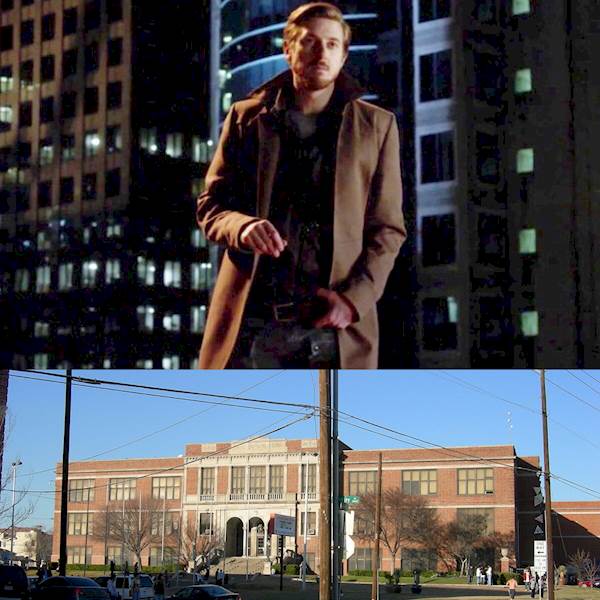 Whatever time period in which he decided to go to school for the day, we’re going to bet that Rip was probably just an average student.

But average students often learn a lot of important social skills. Rip first learned to bring different cliques together in order to fight Vandal Savage by hanging out with different groups in school. You know, the jocks, the preps, the gamers, the nerds. Everybody.

But that doesn’t mean he also didn’t work on himself.

After he mastered his time travel ability, he’d probably never have to turn in a late assignment ever again. 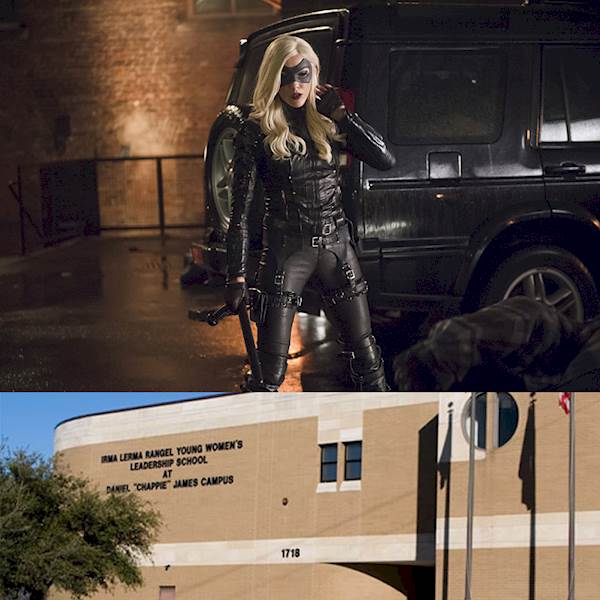 Laurel Lance wouldn’t even have begun the transformation she later makes to Black Canary as a teenager, but she’d be laying the foundations for a stellar career of law at this flagship school for leaders.

Since it’s an all girls school, it’s also easy to see where she learned to have such a high level of devotion for her sister.

As an overachiever, Laurel would be been involved in many of Rangel’s community outreach and mentorship programs. She also definitely would have been on the school’s debate team, where she learned how to stick with an argument and take on an opponent.

It takes a certain tenacity to make someone go against the grain to seek justice when everyone else is complacent.

Two-thirds of Firestorm would attend The School of Science and Engineering. But one-third would have actually attended school in DeSoto. 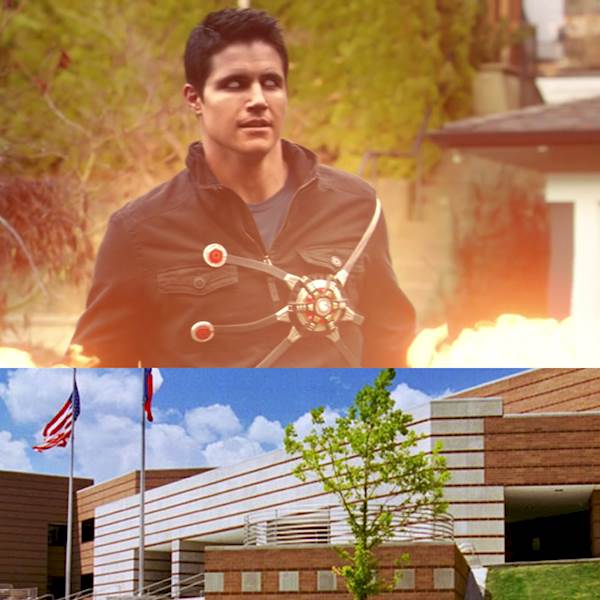 Ronnie Raymond and Professor Martin Stein both attended Dallas’s top-rated magnet, the School of Science and Engineering where they prepared for their careers as laboratory researchers.

But while they were busy getting their nerd on, Jefferson “Jax” Jackson was busy playing football for the always-winning DeSoto Eagles. It would be awhile before darkmatter explosions made them all learn to work together though.

Sometimes it’s hard for the brains and muscles to share the same space.

If Jonah Hex didn’t spend his childhood with the Apache, he would have gone to Trimble Tech. 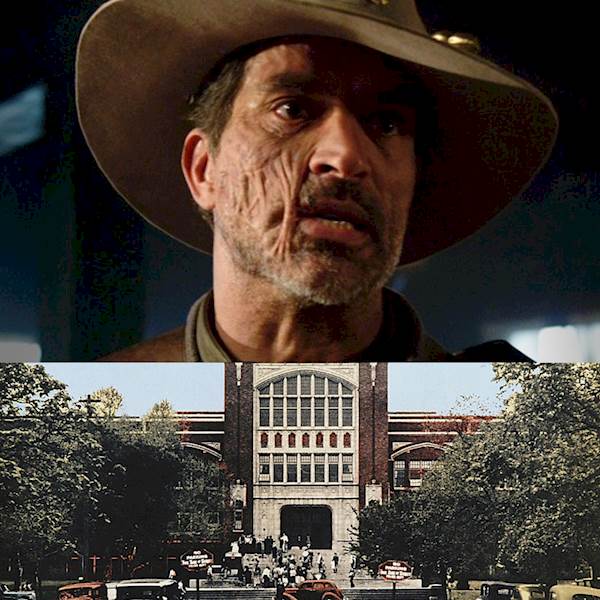 It’s hard to go to high school when your dad sells you to an unrealistic stereotype, but in an alternate universe–you know, where Native Americans were portrayed in a more realistic light, Jonah might get to live out his glory days as a student learning how to make his way through life with a trade.

But if he did, where exactly would he get his trademark scar? Well, it’s highly unlikely, maybe he had a metal shop accident one day when he didn’t pay attention to what the teacher said. But he learned. Boy did he ever learn.

Trimble’s students have a history of overcoming disadvantage to become well-balanced achievers. The school is selective for a reason.

Second Shot: How Danyel Surrency Jones de-risked her business and became a powerhouse in the boardroom