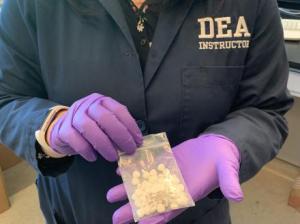 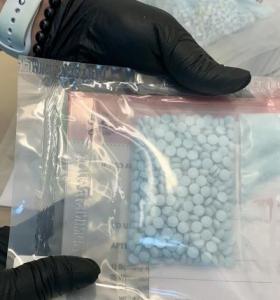 Nitazenes can come in different colors. Beware of any pills that are not from a legal pharmacy. 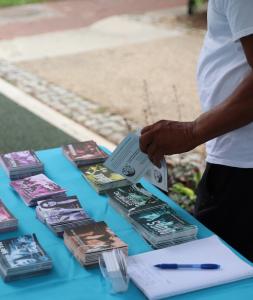 The Foundation for a Drug-Free World distributes information in the community through booklets including information on synthetic drugs and counterfeit prescription pills.

Some get addicted and seek other sources, which are fraught with danger. This occurs in all age groups.”
— Thalia Ghiglia, Foundation for a Drug-Free World
WASHINGTON, DC, USA, January 25, 2023 /EINPresswire.com/ -- With the rise in prescription drug abuse and the prevalence of synthetically created and lethal combinations of prescribed and illegally manufactured drugs, a new threat has emerged: nitazenes. As fentanyl came onto the scene, hidden from the consumer in street drugs, overdoses rose and a curtain was pulled back revealing the ever-present dangers of the continual evolution of synthetic drug forms both in a controlled laboratory and in the streets.

Fentanyl may have appeared to be the most extreme danger, and yet it is only the tip of the iceberg. A newly discovered synthetic opioid has been found to be an even bigger problem.

Foundation for a Drug-Free World (DFW) warns that nitazenes are a newly emerged synthetic opioid even more deadly than fentanyl. According to US News and World Report, “Some forms of nitazenes are 800 times more potent than morphine and 40 times more potent than fentanyl.” So just how did nitazenes come on the scene and how are they ingested? Just as with other drugs laced with cheaper additives, so too can one ingest nitazenes unknowingly mixed with heroin, cocaine, or pain medication in pill or powder form. Once ingested, can already be too late and an overdose can occur due to its extreme potency.

US News and World Report further explains, “Researchers working for a pharmaceutical company who were developing medications for pain as an alternative to morphine originally developed nitazenes from synthetic compounds about 60 years ago but abandoned them because they had a high potential for overdose.”

With nitazines newly emerging in the nation’s capital, the DEA Washington Division is now warning area residents of this new drug. A release from the agency stated, “The DEA Washington Division brought local news outlets into their regional laboratory to see and discuss a dangerous class of drugs they are seeing emerge in the region -- nitazenes. A drug that was never approved for medical use, nitazenes are being sourced from China and being mixed into other drugs.”

It is further reported that "people have to keep in mind, with all the synthetic drugs out there, and the way they’re being mixed together, you never know what you’re actually buying," according to DEA Intelligence Analyst Maura Gaffney.

The DEA cautions, “Only take medications prescribed by your doctor and dispensed by your licensed pharmacist because pills or drugs obtained elsewhere are unsafe and are often deadly.”

“Too many young adults and teens have turned to the recreational use of prescription pills on the pretense that it will help them be more relaxed and less inhibited with their friends. Adults have also fallen victim to prescription medication abuse. The best way to combat this is to get people educated,” said Thalia Ghiglia of the Foundation for a Drug-Free World.

“It is also important for seniors to be educated and have the information,” Ms. Ghiglia continued. “In DC, we have a lot of seniors who get prescribed a lot of different medicines but may not be aware of the dangers of opioids. Some get addicted and seek other sources, which are fraught with danger. This occurs in all age groups.”

Sadly, as times evolve, so do the varieties of drugs and the complexities of the drug abuse problem. What exacerbates the problem is that access to these pills is easier today than ever before. The internet provides many avenues and means for fraudulent and counterfeit production and easy distribution and sales of counterfeit pills that can too quickly have tragic consequences.

“We want to get this info out and warn people,” says Jarod Forget, Special Agent in Charge of the DEA Washington Division. “If we can educate and inform our communities about the dangers of taking counterfeit prescription pills or other drugs, we stem the proliferation of these deadly opioids, stop all of these senseless deaths, and help keep our neighbors and loved ones safe.”

Education on these topics is the first step in preventing the use and abuse of these drugs and DFW is filling that educational void.

The CDC has issued a Health Alert Network Advisory which is disseminated to health professionals, first responders, harm reduction organizations, and other community partners to recommend education to expand awareness, early intervention, and improved detection of overdose outbreaks for more efficacy in response time and data assimilation.

The Foundation for a Drug-Free World (DFW) produces and widely distributes high-impact, effective drug education materials, including a booklet specifically on prescription drug abuse. The Washington, DC, chapter continually disseminates these materials as broadly as possible with well over 100,000 booklets distributed in the DC area alone.

Always looking for opportunities to reach individuals and communities, DFW has been most grateful to its many partners who help multiply the reach of the information contained in the educational booklets through their networks. From setting up tables of free information at various Washington, DC, agency events to giving talks for local organizations, DFW has been focused on educating anyone who will listen. Knowing the dangers of the drugs statistically lowers the number of people using those drugs.

Used widely by many local community organizations, nonprofits, and service providers, the Truth About Drugs booklets and videos empower youth and adults with the facts so they can make informed decisions and avoid the tragedy of drug overdoses.

The Foundation for a Drug-Free World offers all of its educational materials for
free, including free online courses. Materials can be ordered or downloaded from www.drugfreeworld.org. The free online courses help in learning about specific drugs and how to talk about them with friends and family.