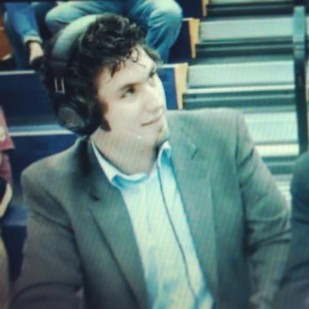 I am a Preditor (Basically a Producer/Writer/Camera/Editor/Reporter) at CW33 for NewsFix, a brand new, non-traditional news program for the DFW area.
I’m sort of the unofficial “sports guy” around these parts.